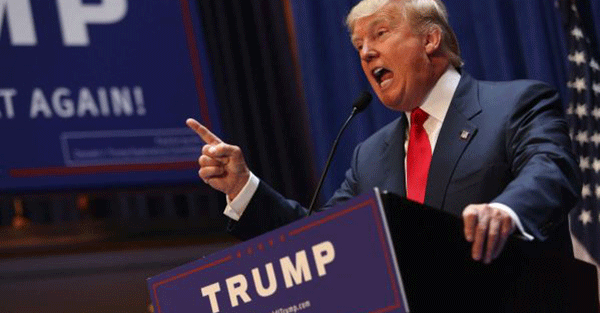 Before leaving the house early one morning in 63 BC, an anxious Julius Caesar told his mother, “Today thou shalt see thy son either pontifex maximus… or an exile.”

Caesar was running for his first BIG elected office- pontifex maximus, the high priest of Rome. And he was a young upstart at the time.

His opponents were all older, more reputable men. And his chances were low.

But Caesar had an ace up his toga. Since he couldn’t win on merit, he planned to buy the election, blowing ridiculous sums of money to butter up the voters.

He spent lavishly on games, gifts, and feasts. And he borrowed nearly all of the funds to do it.

This was an enormous risk for him; if Caesar lost the election, he wouldn’t have been able to repay his financiers, and likely would have fled the city.

Caesar had borrowed so much money, in fact, that he single-handedly depleted cash reserves among Rome’s major lenders, causing a significant bump in interest rates.

Cicero remarks on this in a letter to a friend, writing: “Bribery’s thriving… the interest rate has doubled.”

Of course, it wasn’t technically ‘bribery’.

Ancient Rome had a very fine line between bribing voters (known as ‘ambitus’), and simply being a generous guy (‘benignitas’). Caesar insisted he was the latter.

When the votes were finally counted (or not counted), Caesar was declared the winner, thus continuing the long-standing tradition of buying your way into office and rewarding your benefactors with political favor.

He wasn’t the first to do this. And he certainly wouldn’t be the last.

In the Land of the Free today, the modern scion of the Republic, very little has changed from Ancient Rome.

One primary difference is that rather than spending campaign money on gifts and games to entertain voters, the election itself has become the entertainment.

Presidential races today are nothing more than a two-year, multi-billion dollar circus performance.

And now that Donald Trump has entered the race, the 2016 Presidential election will assuredly become the Greatest Show on Earth.

I can just imagine the media eating up his witty use of the phrase “You’re Fired” in campaign speeches that refer to his opponents.

Sure, you get to engage in the most demeaning exercise of casting a ballot so that one of these people can steal half of your money and use it to make you less free.

They call that ‘voting,’ and we’re told it’s our civic duty. But it’s just an illusion.

Just like in Caesar’s time, the election will go to the people who spend the most money.

But I’m not talking about the candidates. They’re just puppets. Entertainers.

I’m talking about the people who bankroll them.

These financiers have learned some valuable lessons since 63 BC: you never back just one horse.

Instead, they hedge their bets by heavily funding multiple candidates and buying influence over all of them.

One only need look at Hillary Clinton’s top donors to get a sense of who they are: Citigroup, Goldman Sachs, JP Morgan, etc.

Anyone who strays from their interests has his/her funding cut and is pronounced ‘unelectable’ and ‘unpresidential’ early in the circus by the media ringmasters.

This makes voting nothing more than a pointless, demeaning illusion of choice between candidates who have already been preselected by their financial backers.

It reminds me of what it used to be like wandering down the grocery store’s cereal aisle when I was a kid.

Sure it seemed like there were a ton of options.

But when you really looked closely, you could see that all the products were all packed full of the same unhealthy chemical ingredients and GMO grains.

And only about three companies produced all of them– Kellogg’s, Post, and General Mills. Not much of a choice after all.

Yet people fall for this scam every single election cycle. They think that their vote matters, and then they go to the polls and ‘choose’ whoever has the best jump shot, or whoever promises them the most free stuff.

(Remember, it’s not bribery if a candidate is just being generous!)

Curiously the country always ends up worse than before– less free, and more broke.

If you really want to vote in a way that counts, you have two far more powerful ballots you can cast.