Americans renouncing US citizenship soars to yet another record high… 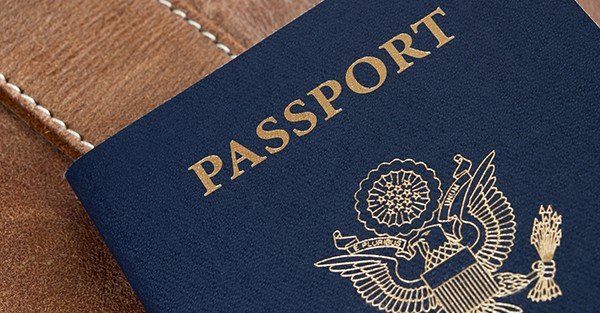 1,426. That’s the number of Americans who renounced their US citizenship last quarter according to the US government’s report just released this morning.

This is clearly a trend on the rise, and it certainly raises the question: why?

What is it about the United States that drives so many citizens to leave?

The first group consists of people who just can’t take it anymore. Constant warfare, intimidation, and the steady erosion of freedom have pushed them to their breaking points.

They look around and think, “This is NOT the country that I grew up in.” And they renounce their citizenship in protest of a government they no longer want to be associated with.

But that’s a small percentage of former citizens.

For the vast majority of people who renounce their US citizenship, it ultimately comes down to a single issue: taxes.

And there are three categories of tax-motivated renunciants.

The first is wealthy Americans who want to end Uncle Sam’s claim on their income once and for all.

Some famous people in this category who renounced US citizenship include Facebook co-founder Eduardo Saverin, and singer Tina Turner.

It’s an expensive decision for this group, as the US government levies a nasty exit tax on their entire estate before they leave.

Now, this group is often held up as the villainous “tax traitor” who leaves America. But not everyone who renounces is a moustache-twirling billionaire.

There are far more people in the second group, what I call ‘Accidental Americans’.

These are people who, in many cases, have never lived in the US or potentially even never set foot in the US.

But simply by having, say, a US citizen mother or father, or being born in a place like the Panama Canal Zone, they became US citizens at birth.

There are countless people in this situation who lived their entire lives in peace. And then one day they received a letter from the US government demanding back taxes.

You see, the Land of the Free is almost unique in the entire world in that it has citizenship-based taxation.

In most civilized countries, the governments tax their citizens based on residency.

If you live in Canada, you pay taxes in Canada. But if you’re a Canadian citizen living in the Cayman Islands, you no longer pay taxes to Canada. Simple.

Not so in the United States. US citizens are obliged to file taxes wherever they go in the world.

(Note ‘earned income’ does not include investment income. So if you trade stocks or FOREX, you generally pay taxes on all of your gains.)

So imagine you’re a Panamanian citizen who was born and raised in Panama, who just happens to have a father who’s a US citizen. That makes you a US citizen.

You trade stocks for a living, primarily on the London Stock Exchange.

The UK has no withholding tax on stock trading, so you pay no tax there. Panama is a territorial tax system, so you owe no tax there either.

But simply because your dad was a US citizen, the US government has its hand out for its ‘fair share’ of your worldwide earnings.

This has clearly propelled a LOT of people to renounce their US citizenship.

But what’s really obscene is that before they let anyone renounce, the US government forces them to settle the tax bill. Only then are they ‘allowed’ to renounce.

The third category of people is Americans living overseas who have been hit by a barrage of offshore compliance laws.

Ms. Nelson was forced into renouncing her citizenship after her local bank threatened to close her account back in 2011 because of her US citizenship.

Back then Barack Obama had just signed the Foreign Account Tax Compliance Act, or FATCA, into law, pushing banks to dump all their American customers.

Ms. Nelson was one of them. And faced with the prospect of having to live without a bank account, she made a difficult choice and renounced.

As she explained to CNN, “After I did it, I was so emotional that I threw up outside the embassy.”

These people aren’t multi-billionaires. Many of them are retirees or expats living on modest incomes.

And in many respects they’re not even people who want to renounce. They’ve been pushed out by their own government.

According to the US State Department there are 7.6 million Americans living overseas.

Altogether they would comprise the 14th most populous state in the union, just behind Washington and ahead of Massachusetts.

They receive almost zero benefit from the US government. They don’t drive on US federal highways, and they aren’t ‘protected’ by Homeland Security.

Yet they still have to pay for it.

Even if they don’t owe any taxes, they have to file a bunch of silly disclosure forms each year to the Treasury Department, sometimes having to spend a lot of money on accountants to file the forms.

Or, like Ms. Nelson, they get penalized for being American.

It’s understandable, though sickening, that these people are renouncing their citizenship; US citizenship has simply become too expensive to maintain.

Nearly 14,000 Americans have renounced their citizenship since FATCA was passed.

This is a number on the rise.

And it’s a sad reminder of the depths that governments sink to when they go broke, even to the point of chasing out their own citizens.