An interesting perspective on the War on Cash 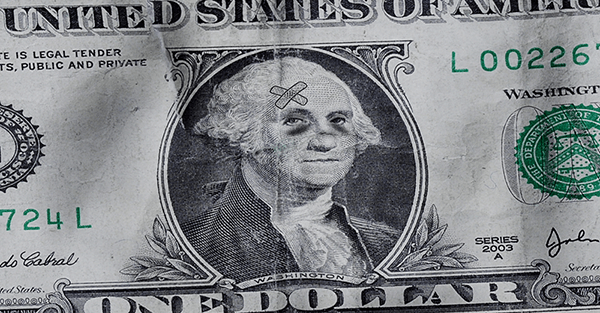 It’s happening faster than we could have ever imagined.

Every time we turn around, it seems, there’s another major assault in the War on Cash.

India is the most notable recent example– the embarrassing debacle a few weeks ago in which the government, overnight, “demonetized” its two largest denominations of cash, leaving an entire nation in chaos.

But there have been so many smaller examples.

In the US city of New Orleans, the local government decided earlier this month to stop accepting cash payments from drivers at the Office of Motor Vehicles.

As I wrote to you recently, several branches of Citibank in Australia have stopped dealing in cash altogether.

And former US Treasury Secretary Larry Summers published an article last week stating that “nothing in the Indian experience gives us pause in recommending that no more large notes be created in the United States, Europe, and around the world.”

In other words, despite the India chaos, Summers thinks we should still curtail the $100 bill.

The conclave of the high priests of monetary policy almost invariably sings the same chorus: only criminals and terrorists use high denominations of cash.

Ben Bernanke’s called it a “fascinating and important book”.

And, shockingly, a number of reviews on Amazon.com praise “brilliant” Rogoff’s “visionary concepts” in his “excellent book”.

Rogoff, like most of his colleagues, contends that large bills like the $100 or 500 euro note are only used in “drug trade, extortion, bribes, human trafficking. . .”

In fact they jokingly refer to the 500-euro note as the “Bin Laden” since it’s apparently only used by terrorists.

Give me a break.

My team and I did some of research on this and found some rather interesting data.

It turns out that countries with higher denominations of cash actually have much lower crime rates, including rates of organized crime.

The research was simple; we looked at the World Economic Forum’s competitive rankings that assesses countries’ levels of organized crime, as well as the direct business costs of dealing with crime and violence.

Switzerland, with its 1,000 Swiss franc note (roughly $1,000 USD) has among the lowest levels of organized crime in the world according to the WEF.

Same for the United Arab Emirates, whose highest denomination is the 1,000 dirham ($272).

If you examine countries with very low denominations of cash, the opposite holds true: crime rates, and in particular organized crime rates, are extremely high.

Consider Venezuela, Nigeria, Brazil, South Africa, etc. Organized crime is prevalent. Yet each of these has a currency whose maximum denomination is less than $30.

The same trend holds true when looking at corruption and tax evasion.

Yesterday we wrote to you about Georgia, a small country on the Black Sea whose flat tax prompted tax compliance (and tax revenue) to soar.

It’s considered one of the most efficient places to do business with very low levels of corruption.

And yet the highest denomination note in Georgia is the 500 lari bill, worth about $200. That’s a lot of money in a country where the average wage is a few hundred dollars per month.

Compare that to Malaysia or Uzbekistan, two countries where corruption abounds.

Bottom line, the political and financial establishments want you to willingly get on board with the idea of abolishing, or at least reducing, cash.

And they’re pumping out all sorts of propaganda to do it, trying to get people to equate crime and corruption with high denominations of cash.

Simply put, the data doesn’t support their assertion. It’s just another hoax that will give them more power at the expense of your privacy and freedom.