And the fastest growing bank asset in 2017 was… SUBPRIME! 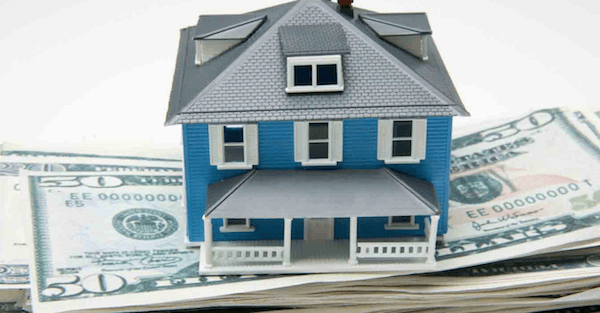 They say that goldfish have the shortest memory in the Animal Kingdom… something like 3-seconds.

But it turns out this isn’t actually true.

Researchers at the Israeli Technion Institute of Technology conducted an experiment in 2009 proving that even the tiniest fish could be trained to recall certain sounds after as long as FIVE MONTHS.

According to another study from the University of Chicago, Dolphins ostensibly have the best memories in the Animal Kingdom, and in an experiment were able to recall a distinct whistle after 20 YEARS.

Then there are bankers… financius dumbassus, a curious species not fully related to the Animal Kingdom, somewhat descended from protozoa, who display truly bizarre behavior when it comes to memory function.

Case in point: Throughout the mid-2000s, bankers engaged in woefully short-sighted, self-destructive behavior by loaning their depositors’ money to risky borrowers who put no money down to buy overpriced houses.

These loans called ‘subprime mortgages’. And before long, some even more self-destructive bankers began packing thousands of these subprime mortgages together into gigantic bonds, which bankers would trade among themselves.

Everybody in the financial system was in on it.

The investment bankers made money packaging the loans into subprime bonds.

And the ratings agencies (like S&P and Moody’s) made money slapping pristine “AAA” ratings on these bonds, essentially promising the world that they were RISK FREE.

Banks were making risky loans to borrowers who had a history of not paying their debts based on the premise that home prices only increase in value.

And when home prices started to fall, the entire apparatus collapsed in late 2008.

You’d think that the entire financius dumbassus species would have learned from this experience.

But you would be wrong.

And that’s because financius dumbassus has an incredibly short memory.

Not even a decade after these loans nearly brought down the entire global economy, SUBPRIME IS BACK.

In fact it’s one of the fastest growing investments among banks in the United States.

Over the last twelve months the subprime volume among US banks doubled, and it’s already on pace to double again this year.

Bottom line– financius dumbassus is once again back to its old ways… making risky loans to borrowers with pitiful credit.

Leave it to financius dumbassus to try the same thing again and expect a different result. It’s textbook insanity.

But it’s exactly the same thing– borrowers who don’t qualify for a conventional loan because of their pitiful credit and inability to make a down payment.

It’s as if they think they’ll be able to avoid the same consequences simply by changing the name. It’s genius!

As a friendly reminder, financius dumbassus isn’t making these suprime/non-QM loans with its own money.

Oh no. They’re making these loans with their depositors’ money. YOUR money.