And the next country to join the renminbi fan club is… 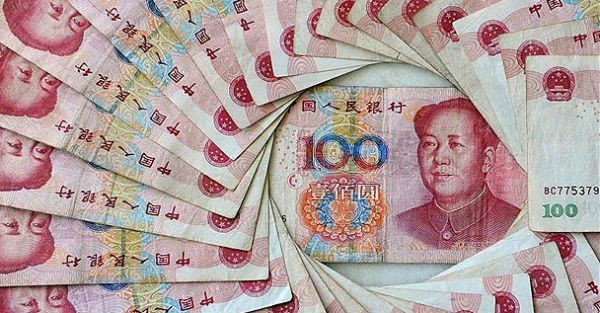 When you think about “strong banking”, what country comes first to mind?

A few years ago, the most obvious answer would be Switzerland.

Today, however, Switzerland’s reputation for banking is nowhere near where it once was.

Starting in 2009, the US, as chief financial bully, led the charge in assaulting the country’s banking sector and dragging it down brick by brick.

The pummelling has continued ever since, culminating in the end of banking secrecy in the country altogether.

Meanwhile, as Switzerland endured one blow after the next, the Chinese renminbi (RMB) quietly slipped past the steadfast Swiss franc to become a more popular currency for use in trade settlements.

Eager to restore some of its former banking luster, Switzerland has taken note of this and is rapidly positioning itself to become a major center of European RMB trade.

So the government of Switzerland recently signed a bilateral currency swap agreement with China, enabling the two countries to buy and sell up to 150 billion RMB or 21 billion Swiss Francs of each other’s currencies.

Switzerland is just the latest to join the queue, as nearly 25 other central banks already signed similar agreements with China.

Every few weeks, and with increasing frequency, we’re hearing news of the next country that is accepting China’s future financial primacy.

There’s no denying that both sovereign nations and market participants are accepting the validity of the RMB as a major trade currency. This is no longer an anomaly, but part of an obvious trend.

To be fair, it’s not that the RMB is a shoe-in for the next global reserve currency—because the country and its currency undoubtedly both have problems.

What’s really being revealed with these latest developments is relative confidence.

It may not be clear whether or not the RMB will make it to the top, but what is clear to everyone is that the USD is going down.

Here we see ambitious countries like the UK and Switzerland proactively trying to adapt to and take advantage of the changing financial climate.

The sole tactic of the US government, on the other hand, is to lash out at countries which make them feel threatened.

They rally the whole world against Russia for acts of war. They blast China as a currency manipulator.

And all of this as if the US wasn’t dropping bombs by remote control drone… or heavily manipulating its own currency.

This has accomplished nothing other than to demonstrate just how weak and insecure the former financial superpower has become.

Continuing to believe that the dollar is going to maintain its global reserve status is now not only foolish, but financially hazardous. To countries, businesses and individuals.

Those that accept these changes and try to get out in front of this trend will do incredibly well. They are the ones who will survive intact when the financial system resets.

Those who ignore the trend do so at their own peril.