Another sign that central planning works: condom shortage in Cuba 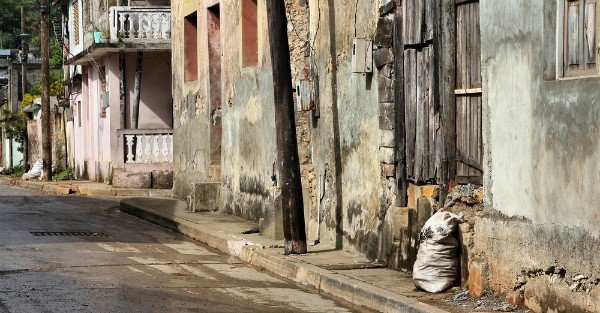 Having traveled to well over 100 countries, I have seen some pretty shocking signs of poverty around the world.

In parts of Asia, it’s not uncommon for parents in poor villages to sell their children for bags of rice… or for children to be stolen outright and sold as orphans to unsuspecting foreigners.

In Africa, I’ve seen people who are so destitute they intentionally mangle and gash their own bodies just to give themselves good cause to shock foreign tourists into donations.

But I’d have to rank poverty in Cuba as the most extreme.

Going to Cuba is like going back in time. The country lacks basic products and services, many of which we consider staples in modern life.

Most roads and buildings are in horrendous condition. And the average person in the country has to make do with just a few dollars a month.

All of this stems from a system of central planning in which government essentially owns and controls… everything. Businesses. Property. Medical services. Anything larger than a bicycle.

Teams of bureaucrats lord over the Cuban economy trying to manipulate and control every possible variable. They dole out housing allowances. They set manufacturing quotas. They control prices of goods and services.

Cuba’s state-run condom distributor has been centrally planning safe sex for years. And, surprise, surprise, they’re not doing a very good job of it.

Condoms are now at critically low levels in Cuba. And the government’s solution is to sell expired condoms from two years ago. It’s genius.

Like the toilet paper shortage in Venezuela, the infamous electrical blackouts in Argentina, or those mythical stories of Soviet boot factories, it’s clear that central planning simply does not work. Ever.

Even in a single industry as innocuous as toilet paper or condoms, there are simply too many variables in the equation.

Taking that a step further and presuming that a government committee can centrally plan an entire economy or financial system is just ludicrous. But it doesn’t stop people from trying.

John Maynard Keynes is one of the most famous economists in history; decades ago he wrote THE economic playbook still used by governments and central banks around the world today.

His writings include such pearls of wisdom as:

“Can a country spend its way into recovery? Yes.”

Keynes was a staunch advocate of ‘state-run capitalism’, an oxymoron rivaled only by “almost pregnant” and “fight for peace”.

Keynes believed that we little people aren’t competent enough to arrange our own finances, and “the duty of ordering the current volume of investment cannot safely be left in private hands”.

He was also a staunch advocate of modern central banking– the concept of awarding a tiny unelected banking elite with total control of the money supply.

He saw it perfectly fine to have a group of men sitting in a room making monetary decisions that would literally impact the entire world… so long as it was the right men.

As he wrote, “State-run capitalism must be run by the right people.” Precisely. And everyone else is just supposed to trust them to be good guys.

And just as in Cuba, they are creating bubbles, panics, shocks, crises, and gargantuan inefficiencies.

Like Cuba, the cracks are showing and the system is decaying rapidly. Major governments and central banks are now insolvent, particularly on a mark-to-market basis.

History shows that central planning has always had a finite shelf life. Do you really want all of your assets, savings, and income invested in this system as it collapses?