Astonishing opportunities in one of the oldest cities in the world 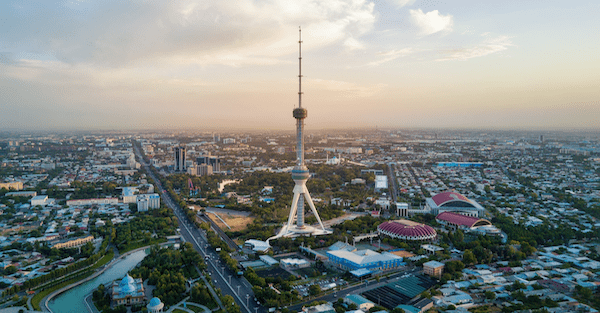 By the time Alexander the Great and his Macedonian army conquered the city of Samarkand in 329 BC, the city had already existed for centuries.

Samarkand had been a prominent, vibrant regional capital in the Persian Empire prior to the Macedonians’ arrival.

And under Alexander the city flourished even more. He declared it one of the most majestic places he had ever been, and the city served as a critical outpost for his conquests in the region.

Even after Alexander’s death and the fall of the Macedonians, Samarkand retained its influence, serving for centuries as the epicenter of the trade between Eastern Asia and Europe.

It was conquered by a succession of Turks, Persians and Mongols before falling under the serfdom of Imperial Russia, and then the Soviet Union.

And after the fall of the USSR, Samarkand became part of Uzbekistan.

Granted, a lot of people don’t have a clue where Uzbekistan is, or much less care. But I’ll tell you– the country is on the verge of some very exciting (and rapid) changes.

Ever since the fall of the Soviet Union, Uzbekistan had been ruled by a corrupt dictator who isolated the country from the rest of the world.

(I know it’s hard to imagine a former Soviet republic being ruled by a corrupt dictator… but bear with me.)

His name was Islam Karimov. And, coincidentally, he died on September 2, 2016– exactly 25 years to the day that he initially took office as the first President of Uzbekistan in 1991.

After Karimov’s death, there was some speculation that his successor (Shavkat Mirziyoyev) would engage in the same corrupt, isolationism.

That turned out to be wrong.

President Mirziyoyev surprised everyone by establishing free-market reforms, floating the currency, and opening up the country to foreign investment.

I’ve been following the changes in the country over the past few years, and what I’m seeing is quite exciting.

So last month, I sent one of my top analysts over to the capital Tashkent to have a look at how we could get in on the ground floor of this change.

And his verdict is clear: Uzbekistan is ripe with opportunities.

The export sector is booming, due primarily to rock bottom labor costs and a government willing to play ball. So there are a lot of companies that are setting up manufacturing operations in the country.

And due to how isolated Uzbekistan had been for the past 25+ years, there are a lot of new products and services available in the local market for the first time ever.

It’s a bit like Myanmar– that country was isolated for decades, and its people had never even seen Coca Cola up until a few years ago.

Uzbekistan is in a similar position (though not as extreme), so a number of foreign products are being imported into the country and selling like hotcakes.

And for investors, valuations are quite inexpensive.

My analyst toured a number of companies (including some listed on the local stock market) and was amazed to find profitable, rapidly-growing, well-managed businesses that pay STRONG dividends that are selling for between 2-3 times their net income.

That’s practically unheard of, especially in the West where companies that lose billions of dollars each year trade for record sums.

As an example– one company my analyst looked at was in agriculture production.

Investors are currently able to buy shares at less than 3x earnings. And the company just landed a new deal with a large Russian conglomerate that will 10x their revenue over the next 12-24 months.

Buying this company at three times earnings would be an obvious bargain, especially when accounting for the immediate growth trajectory.

We aren’t just looking at public stocks and private businesses by the way. Newly built commercial real estate yields over 10% net cashflow without a penny of debt financing, there’s a lot of reason to expect prices will grow steadily for years.

There are also very compelling lending opportunities in the country.

When the government floated the currency three years ago, it led to a temporary spike in inflation.

To fight it, the Central Bank raised interest rates to 16%. And that’s where interest rates still sit today. And for businesses and individuals, borrowing rates can often reach 25%!

Naturally, the cost of borrowing money at those rates can be hard to justify for any business, so most transactions are done entirely in cash, without any debt.

Generally, the banking sector is still very underdeveloped, and financing is scarce.

That leaves a huge opportunity for outsiders to provide capital for growing businesses in the country – with sufficient downside protection.

Clearly, it is a unique idea to invest in a country undergoing potentially revolutionary positive changes. But looking at the past, countries that have taken similar steps, like Georgia, the Baltic countries, or even Singapore, have come out way ahead, and greatly rewarded early movers.

I’ll be talking a lot more about Uzbekistan, and what we find there, in the weeks and months to follow.

(And, Total Access members– we’ll be holding a very unique, boots on the ground event this coming June in Uzbekistan. Stay tuned for more details.)