Avoid this accident waiting to happen in investment markets 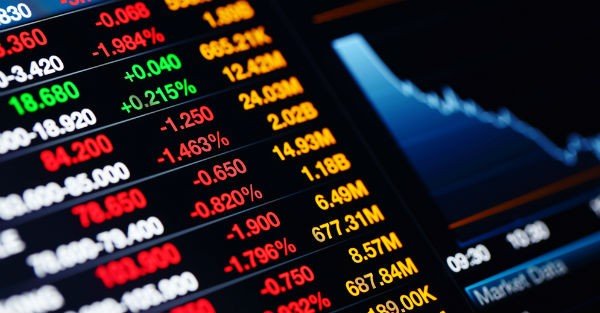 In 1975, Charles Ellis, the founder of Greenwich Associates, wrote one of the most powerful and memorable metaphors in the history of finance.

His essay is titled ‘The loser’s game’, which in his view is what the ‘sport’ of investing had become by the time he wrote it. His thesis runs as follows:

Whereas professional sportspeople win their matches through natural talent honed by long practice, investors tend to lose (in relative, if not necessarily absolute terms) through unforced errors.

Success in investing, in other words, comes not from over-reach, in straining to make the winning shot, but simply through the avoidance of easy errors.

Ellis was making another point. As far back as the 1970s, investment managers were not beating the market; rather, the market was beating them.

This was a mathematical inevitability given the over-crowded nature of the institutional fund marketplace, the fact that every buyer requires a seller, and the impact of management fees on returns from an index.

Ben W. Heineman, Jr. and Stephen Davis of the Yale School of Management asked in their report of October 2011, ‘Are institutional investors part of the problem or part of the solution?’

That percentage is itself likely understated because it takes no account of the role of hedge funds.

Also by 2009 the US institutional landscape contained more than 700,000 pension funds; 8,600 mutual funds (almost all of which were not mutual funds in the strict sense of the term, but rather for-profit entities); 7,900 insurance companies; and 6,800 hedge funds.

Perhaps the most pernicious characteristic of active fund management is the tendency towards benchmarking (whether closet or overt).

All things equal, therefore, it is likely that the bond index-tracking manager is by definition heavily exposed to objectively poor quality (most heavily indebted) credits.

There is now a grave risk that an overzealous commitment to benchmarking is about to lead hundreds of billions of dollars of invested capital off a cliff.

Why? To begin with, trillions of dollars’ worth of equities and bonds now sport prices that can no longer be trusted in any way, having been roundly boosted, squeezed, coaxed and manipulated for the dubious ends of quantitative easing.

The most important characteristic of any investment is the price at which it is bought, which will ultimately determine whether that investment falls into the camp of ‘success’ or ‘failure’.

At some point, enough elephantine funds will come to appreciate that the assets they have been so blithely accumulating may end up being vulnerable to the last bid – or lack thereof – on an exchange.

When a sufficient number of elephants start charging inelegantly towards the door, not all of them will make it through unscathed.

Corporate bonds, in particular, thanks to heightened regulatory oversight, are not so much a wonderland of infinite liquidity, but an accident in the secondary market waiting to happen.

The beatings will continue until morale improves – and until bondholders have been largely destroyed. When will the elephants start thinking about banking profits and shuffling nervously towards the door?

Top down macro-economic analysis is all well and good, but in an investment world beset by such profound fakery, only bottom-up analysis can offer anything approaching tangible value.

In the words of one Asian fund manager, “The owner of a[n Asian] biscuit company doesn’t sit fretting about Portuguese debt but worries about selling more biscuits than the guy down the road.”

So there is hope of a sort for the survival of true capitalism, albeit from Asian biscuit makers. Perhaps even from the shares of biscuit makers in Europe – at the right price.