Beware the man on the white horse… 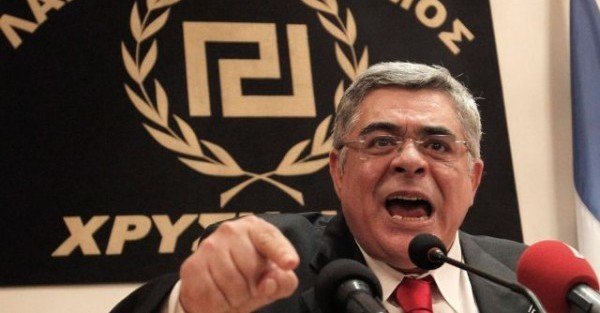 As far back as ancient times, whenever civilizations fell into great crisis, people in desperation have almost invariably turned to a single individual who promised them better times.

Both the Greeks and Romans often conveyed dictatorial powers to someone in whom they entrusted people’s security and livelihood. Typically this was a battle-hardened general who could lead a city’s defenses and beat off an invading horde.

Of course, history is full of examples of men who did not give up power willingly once the crisis passed.

The ancient historian Herodotus lists as many as fifty ‘tyrants’ in his writings, a word that has its origins in ancient Greek despotic rulers.

For thousands of years, ambitious men have always taken advantage of crisis, social turmoil, and economic downturns to solidify their positions and take control… often creating even more destruction in their wake.

As an example, the 1920s economic crisis in the Weimar Republic had a huge impact in the rise of Adolf Hitler’s National Socialism.

One of Hitler’s key tenets was to abrogate the Treaty of Versailles, and in particular section 231– the ‘war guilt’ clause that stuck Germany with debilitating war reparation payments.

His message resonated with millions of Germans who had seen their entire lives turned upside down by economic stagnation and one of the worst episodes of hyperinflation in history.

The rest is, as they say, history.

I’ve been thinking about these stories quite a bit during my current travels across Europe’s most bankrupt nations.

One thing is painfully obvious– the situation on the ground is worse than ever.

The unemployment rate in Portugal hit a record high of 18% in May. The rate eased slightly by late June to 17.6%… but only because (you guessed it) the government simply stopped counting people.

Or, more appropriately, so many people vanished.

Here in Portugal, the latest craze is leaving. The country is experiencing a massive brain drain as people pack their bags and get out of dodge.

They know the labor market isn’t going to improve. Plus, wages here have fallen so much, people are looking abroad to places like Angola’s booming oil economy, Brazil, and Macau, all Portuguese-speaking former colonies.

This trend will likely increase as the latest government figures show that the recession here is actually accelerating.

The Portuguese economy contracted at a 4% annualized rate in the first quarter, worse than last year’s 3.2% contraction.

All of this comes at a time when the central government has collapsed. Based on the terms of their 78 billion euro bailout agreement, it’s EU bureaucrats in Brussels and Frankfurt that are calling the shots now.

(To put this figure in context, it would be akin to an $8 trillion ‘bailout’ in the US…)

These conditions are eerily similar to the Weimar Republic during the rise of National Socialism.

The country is bankrupt, the government has collapsed, the economy is in ruins, the debt burden is suffocating, and they’re controlled by foreigners. People are starting to call out for someone to deliver them from this chaos.

To be clear, I’m not suggesting that some new Hitler is lurking in the shadows about to take over a European nation-state (though there are some disturbing trends, especially in Greece).

But it’s important to understand that there are serious, often historical consequences when major developed nations go bankrupt.

In the 1920s, there was one bankrupt country. And the consequences still define the world we live in.

Today there are at least half a dozen insolvent nations, including some of the largest economies in the world– Japan, Spain, Greece, Portugal, the US, etc.

And while major economic decline can take years or even decades to unfold, history shows that the consequences affect almost everyone… especially when people look to a man on a white horse to save them from their desperation.

Here’s what Jim Rogers had to say about the Man on the White Horse at our event in Santiago, Chile: