Boy was I wrong about this place… 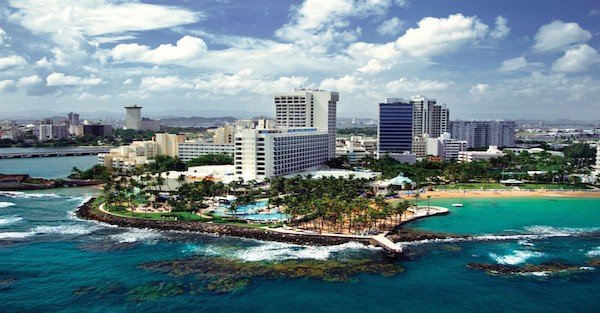 In 1927, US Supreme Court Justice Oliver Wendell Holmes famously wrote that “taxes are what we pay for civilized society.”

This quote is enshrined at the Internal Revenue Service, and it’s a rallying cry for people who constantly argue for higher taxes.

Almost everyone completely misunderstands what he meant.

First of all, tax rates in the United States were about 3.5% back in 1927, just a tiny fraction of what they are today.

And Justice Holmes actually wrote that famous statement as part of a larger argument that taxes can sometimes penalize and discourage productive activity.

Tax, like most things, is fundamentally about value. It’s not how much you pay, it’s what you get in return.

I have friends in certain parts of the world who pay 40% to 50% of their paychecks in tax.

That’s obviously a lot. But they feel OK about it because they receive so much in return, from university education to quality medical care to ample social benefits.

But if your tax dollars consistently go to support more bombs, body scanners, bureaucrats, and $2 billion websites, it’s hard to feel like you’re getting a lot of value.

There’s nothing immoral about taking completely legitimate steps to reduce what you owe.

Why throw money down the toilet for something that you fundamentally disagree with?

After all, there are countless ways to legally reduce your taxes.

In this letter we’ve talked about a number of tax strategies, everything from maximizing your retirement contributions to setting up captive insurance companies to moving abroad and setting up foreign businesses.

Puerto Rico is a particularly unique paradise in this respect.

The island has a multitude of spectacular incentive programs for investors, retirees, and entrepreneurs.

You can live here for part of the year and earn virtually unlimited investment income completely tax-free.

You can establish a company here that exports services abroad and pay just 4% tax.

(Exporting services covers a LOT of ground and includes just about any service business, consulting firm, or Internet-based enterprise.)

There are so many more tax incentives, far too many to list here.

It’s extraordinary. There are few jurisdictions in the world that roll out such an extended red carpet to attract foreigners.

A few months ago when I was here, I met with a senior government official who proudly proclaimed that Puerto Rico was absolutely a tax haven, no apologies.

At the same time, Puerto Rico is a fairly easy transition, especially for North Americans.

Most people speak excellent English. Your US-based mobile phone works here. Amazon delivers here. It has all the normal shops and amenities that you’re used to.

Last night I had dinner with some Total Access members who live here– one of them told me that he gets 500MB Internet at his apartment.

I’ve also come to appreciate Puerto Rico as something of a hidden gem when it comes to investing.

This is counterintuitive; after all, the Puerto Rican government is flat broke and has already defaulted on its mountain of debt.

So most people would rightfully ignore this place. I avoided it for a long time.

But boy was I wrong.

It’s not exactly blood in the streets, but there are a number of distressed investment opportunities here in large part to Puerto Rico’s ongoing economic malaise.

Some of Puerto Rico’s largest banks collapsed in recent years– another reminder that the banking system isn’t always as safe as we’re led to believe.

The FDIC took over the assets of those failed banks, and now they’re liquidating for pennies on the dollar to private investors.

This morning I met with the person I recently hired to run my private bank’s Puerto Rico office.

He’s a seasoned veteran with more than 20-years at some of the biggest banks in Puerto Rico, and he walked me through several of these deals.

For example, we’re looking at a $2.5 million loan portfolio that is backed by high quality commercial real estate at a 2:1 margin.

This means that for every dollar invested, there’s $2 in high quality collateral. This dramatically reduces the investment risk.

But because the loans can be acquired for so far below their original principal amounts, the effective yield ends up being around 16%. It’s extremely compelling.

Bottom line, this place should definitely be on your radar– great lifestyle, compelling investment opportunities, and incredible tax benefits abound.