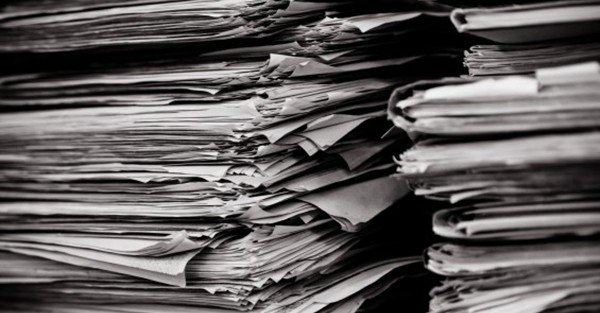 One of the truest aphorisms in the world of investing is that Brazil is the country with the MOST potential… and always will be.

There are few other countries on the planet blessed with such an abundance of resources—fertile land, plenty of water, a huge population, incalculable mineral and natural resource wealth, etc.

And yet Brazil can’t ever seem to get out of its own way to realize its potential.

Don’t get me wrong; I really like Brazil. The people here are among the friendliest, most welcoming, and fun loving on the planet.

I’m also drawn to the diversity. All races and ethnicities exist here, so it doesn’t matter what hue your skin tone is. In Brazil, everyone blends in.

That makes it a fantastic country to obtain a second passport; after a few years of residency, it’s possible to become a naturalized Brazilian citizen… and actually look the part.

(One additional and potentially convenient benefit is that Brazil, by tradition, does not extradite its citizens abroad. So this country is a unique escape hatch.)

It’s also tremendously exciting to be here. Brazil is modern and chic, and the allure of so many possibilities is undeniable.

But there’s a huge dark side to this place.

That chaos and disorder is now reflected in Brazil’s economic strife.

The official numbers say that Brazil’s economy has contracted 4.5%. Being on the ground, it’s obviously much worse.

Brazil is so broke that local officials recently decided to charge athletes for air conditioning at next year’s Olympic games in Rio.

They then reversed the decision days later when they “found the money”.

That story pretty much tells you everything you need to know: incompetence, corruption, and indecision, all rolled into one.

Yes, Brazil is a major oil-exporter, so clearly cheap oil is having a major impact.

But Brazil’s woes aren’t just about oil. They’re about an entire country perpetually being unable to get its shit together.

One major factor is a ‘bread and circuses’ brand of socialism that currently boasts more than 50 million people on government benefits.

There are staples like food and rent subsidies, plus more advanced European-style welfare like free public universities and public hospitals.

Naturally this massive welfare state is matched by an astonishing tax burden.

In fact, creating new taxes seems to be a national sport in Brazil, where an average of 46 new rules are added to the tax code EACH DAY.

One Brazilian attorney took it upon himself to compile the country’s tax code. It took him 23 years to do so and the finished product weighed seven whole tons.

Even then, he only managed to track up to 2007, because he just couldn’t keep up with the rate of increase.

Such a vast, complex tax system obviously requires an even more vast, more complex bureaucracy to administer it, giving legions of bosses and bureaucrats the opportunity to plunder taxpayer resources.

All of these problems are related.

This system plagues and debilitates Brazil’s economy, making it next to impossible to come anywhere close to realizing its potential.

When I’m here in Brazil, I always think of Paul Krugman, who famously tells critics of bloated European welfare states that they should go on a “forced walking tour of Stockholm”.

Aside from the intellectual offense of Mr. Krugman believing he can force anyone to do anything, it is worth examining this fantasy of Scandanavian socialism.

Sometimes it seems the entire world is obsessed with the idea of becoming Norway, filled with a false belief that massive government bureaucracy creates wealth.

This notion is totally wrong.

And if the Norway fanatics ever cracked open a history book, they’d find out that Scandinavian nations became among the wealthiest economies in the world during the early 20th century when they had minimal taxes and minimal government.

Scandinavia has a long tradition in self-reliance, economic independence, and political minimalism. It was among the ONLY regions in Europe that didn’t go down the path of serfdom and feudalism.

But even still, more and more people (like Bernie Sanders) believe that the path to prosperity is in creating more government, more social welfare, and more taxes.

And they think that by following some sort of magical recipe they’ll become Norway.

That’s the fantasy. The reality is that they turn into Brazil: Chaotic. Corrupt. Weak.