British government refuses to accept its own currency 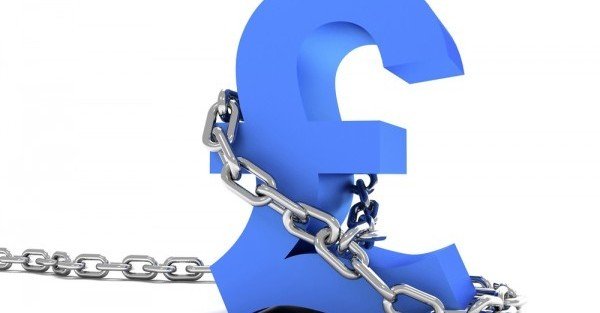 Chris Rose was dying from terminal heart disease. He didn’t have long, and before he passed, he wanted to make sure that his 18-month old son received his British passport.

When he went to pay the application fee at the British consulate in Hong Kong with cash, they told him, “Sorry we only take credit cards.”

The English teacher who had been living in Hong Kong for 20 years doesn’t have a credit card, and thus has no way of paying the passport fees for him and his son.

So they rejected him. They rejected a dying man from paying for his son’s passport with the very currency that they themselves issue. It’s obscene.

Facing intense bureaucracy and several months of waiting with no guarantee of success, he gave up on the hope that his infant son would be able to visit his grandparents back home.

It was only after the story was publicized in the local press in Hong Kong that the requirement to pay with a credit card was ‘waived on compassionate grounds.’

Think about how ridiculous this whole situation is for a moment.

First the government makes it mandatory that you have a passport in order to be able to move across arbitrary borders on the map that they have created.

Then they charge you money for the privilege of having a passport. In other words, if you want to leave the country, you have to pay up.

But then they won’t allow you to pay for it with the pieces of paper they force you to use as money.

Instead, they force you to use the government-regulated (and protected) banking industry, whether you want to or not.

Everywhere you look you can find examples like this of how politicians view people as government property to be exploited like cattle.

The Brazilian government imposes a tax of 6.38% on all purchases made by Brazilians with credit cards abroad.

This rate rose from the previous 2.38% in 2011 with a federal mandate in an effort to curb the rising trend of Brazilians traveling abroad to make purchases that are often cheaper than back home.

They don’t even try to hide the fact that they don’t want Brazilians to spend money outside of the country.

The message they are sending is quite clear: stay put and pay through the nose for inferior products produced by companies that have paid us off for a monopoly.

Of course, we’re starting to see protests around the world, proving that people are increasingly aware of being screwed by their governments.

But these protests are flawed.

Going out into the streets doesn’t change the system. And going to the voting booth only changes the players… not the game.

Every single election cycle people fill themselves with hope. They delude themselves into believing that everything will get better if they vote the right guy into office.

Of course, the right guy very quickly turns into the last guy. And nothing changes.

That’s because it’s the system itself that’s flawed. It’s not about any single individual.

This system awards a tiny elite with the power to kill. Steal. Wage war. Confiscate anyone’s property in their sole discretion. To tell people what they can/cannot put in their own bodies. To conjure trillions of currency units out of thin air.

But this current system can’t last.

It requires economic stability to self-sustain. And it’s already at the point where those in power have to resort to desperate tactics.

Their desperation has them coming up with ever-more creative ways to conjure economic growth. Plus they’re feeding on the tax revenues from entire generations that won’t even be born for decades.

This simply cannot sustain. Whether it happens today, tomorrow, 10 days from now, 5 years from now… is irrelevant. What’s important is the trend. It’s happening.

This is fundamentally good news. Yes, every shred of evidence suggests that the old system is on the way out. And that’s a bit scary. The unknown is always uncertain.

But what will come out on the other end will be better, brighter, and more free.

If you take a hunk of coal and put it under extreme pressure, you end up with a diamond.

Our entire civilization is being put under intense pressure. And what will come from this eventually is just as precious: a system where the individual has the power and freedom to choose. Where we are no longer viewed as government property.

In the meantime, it’s going to be a bumpy (and high-pressure) ride.

So for now, look at the objective data. Trust your senses about what’s happening. And don’t put all of your eggs in one basket.