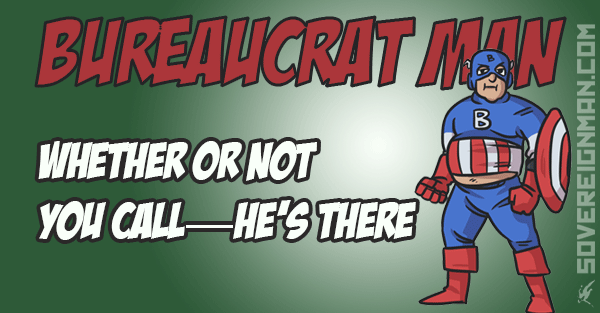 You may not have realized it, but you are regularly being swindled by your washing machine.

That’s right. According to Bureaucrat Man, by using too much energy your washing machine is stealing money from you each month.

Of course you already have the option to buy a more energy efficient washing machine to save yourself money. Or… you could make the bold decision to simply be more efficient with your laundry.

But who could possibly be expected to make such decisions on their own?

Unlike Batman, Bureaucrat Man doesn’t wait for the Bat Signal before he acts.

Whether or not you call, he’s there—now with 189 pages of new regulation to save you.

Specifying requirements for front-load and top-load machines, no crooked washer is safe from his watch.

Never mind the fact that in saving you money, he’s costing you money—as the costs of compliance with the new regulations are passed along to you. It’s worth it, he says.

What’s more, with this new rule, Bureaucrat Man is proclaiming that he is also rescuing the economy.

How can it be that increased regulations benefit the economy?

According to the legislation’s economic impact assessment, the economy will be stimulated in two ways:

First, since people will be spending less on energy, they will be able to spend more of their incomes on other things.

But wait… don’t those two things contradict each other?

How can people be economically better off both because they can save money and because they will have to spend money… It just doesn’t make sense!

But, hey, Bureaucrat Man can leap tall logical fallacies with a single regulation!

They just won’t be in the washing machine production industry. They’ll be in bureaucracy—because someone’s got to enforce all the new regulation!

This doesn’t bother Bureaucrat Man. For in his mind, everything he does is good for the people.

Thus, this renegade superhero acts alone. He doesn’t need the help of lawmakers in Congress to take action. He can just implement this as an administrative rule.

That said, it carries the same weight and effect as a law. Fines, penalties, punishment.

And if you don’t like it, tough luck. You should have known about this rule, and you had months to make your opinion heard.

Wait—are you saying that amongst the thousands of pages of legislation that comes out daily you didn’t see it until now?

So as you go out to purchase your next washing machine and wince at the increased costs from inflation, taxation, as well as these new regulations, don’t forget to thank Bureaucrat Man. 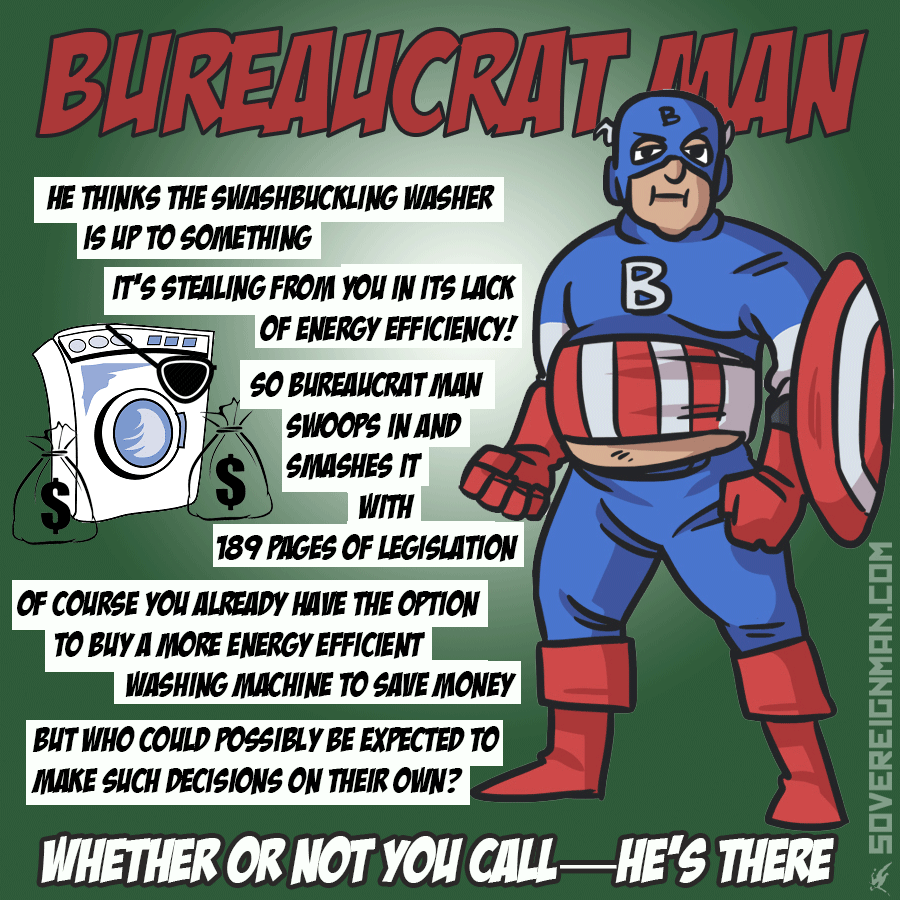