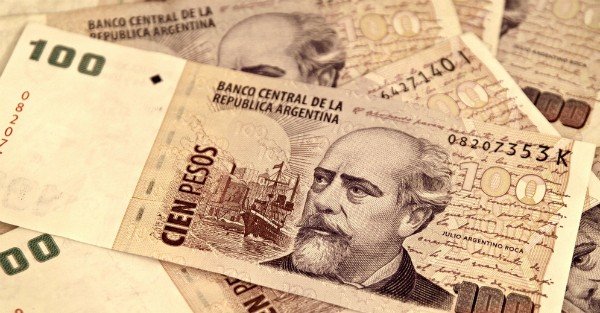 If there’s one thing I love about Argentina, it’s that no rational person here trusts the government.

They’ve been screwed over so many times before by their politicians (and the banking system), they know it’s all lies.

This place has been enduring some of the worst measures imaginable– capital controls and exchange controls. Price controls. Media controls.

The government controls nearly every aspect of the economy; in fact, Argentine President Cristina Fernandez de Kirchner actually told her nation on Wednesday that without the state there would be no growth.

(Amazingly she followed that up with “No one can teach us how to make the economy grow.”)

Yet despite being admittedly clueless, Cristina campaigns for even more government control, and even more authority.

This is so typical of bankrupt nations.

When governments find themselves in financial trouble because of the stupid decisions that they’ve made, their first response is to award themselves even more power to make even stupider decisions.

And among the stupidest decisions that any government can make is imposing capital controls… something that Argentina has in abundance.

Capital controls are like the Matrix; you can’t really explain what they are. You have to show people. Argentina does not disappoint.

For years now, the government has heavily restricted the flow of funds out of the country.

It’s actually a criminal offense to leave the territory with more than 10,000 USD in cash.

Transferring money out of the country through the banking system requires significant paperwork.

One of the first things they’ll do is bounce your funds transfer request to the tax office so that the government can ensure they’ve taken their fair share of your savings.

Then, whatever funds are allowed to leave must be transferred at the official exchange rate, which is presently about 30% worse than the street rate (what they call the ‘blue rate’).

This means that on top of already soaring inflation, taxes, and tariffs, locals are effectively paying 30% more for goods and services, especially anything that’s imported.

For foreigners who don’t earn their money in pesos, Argentina is an attractive bargain. But for the average guy on the street here, life is painfully expensive. And it gets worse.

That’s what happens with capital controls: you see a rapid decline in your standard of living as the government traps your savings in a bankrupt system.

It’s like lying on the ground with a blindfold on while the government builds a coffin all around you.

Little by little they fasten together all the sides, and then the top, nail by nail.

You can’t see precisely what’s happening. But your senses tell you that something’s going on. And if you wait too long to get out of there, you’ll be trapped.

Capital controls are like a coffin for your savings.

And if you wait too long to at least move a portion of your money somewhere else, everything you’ve ever worked to achieve can be trapped and heavily devalued.

The people here who have done well in Argentina’s never-ending financial crisis are the ones who established accounts abroad and moved money while they still had the chance.

(Coincidentally one of the trending jurisdictions for Argentines to hold their money these days is Hong Kong.)

Argentina is not alone– this is the path that nearly every bankrupt nation ends up following. Greece (and other nations in Europe) are already going down this road.

It would be foolish to think that any government with an unsustainably high (and growing) debt level would fare any better.

Argentina wasn’t always this way. It used to be one of the wealthiest in the world.

But it’s an important reminder that no country– no matter how rich its economy or how large it’s military is today– is immune to the universal law of prosperity.

Just like regular people, governments and nations must produce more than they consume. Those who don’t will run into trouble.

They can delay. They can deceive. But they can never avoid the decline.

The blindfolds might be strapped on tight. But you can probably sense something going on… that they’re building walls all around us.

Listen to that instinct.

Nothing is going to collapse tomorrow. But every day they hammer in another nail.

And as Argentina’s case shows, there may come a day when it’s too late to do something about it.