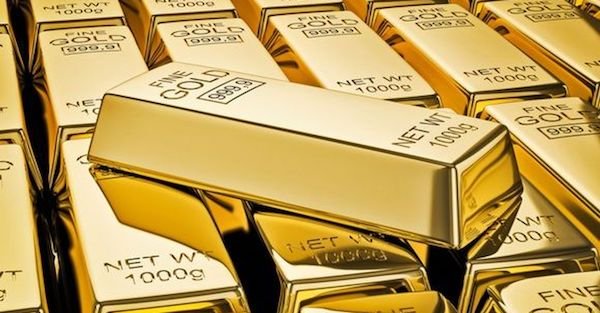 Earlier this month the World Gold Council published its quarterly report– and it shows that central banks and foreign governments from around the world are buying up gold at their fastest pace in six years.

This is pretty big news, and it says a LOT about the future of the dollar.

Remember, central banks and foreign governments hold literally TRILLIONS of dollars of reserves… and traditionally they do this by buying US government debt.

It sounds strange, but to big institutions, banks, etc., US government debt is equivalent to cash. They use it as a form of money.

More importantly, they hold US dollars because that’s the global standard: the US dollar has been the world’s primary international reserve currency for seventy five years.

So US debt is extremely liquid. In fact, the $22 trillion US debt market is the biggest and most liquid market in the world.

But foreign governments have started breaking with the tradition of buying treasuries.

As the World Gold Council’s report showed us, foreign governments and central banks have been buying a LOT more gold than in previous years.

Net gold purchases in Q1/2019 among foreign governments and central banks was nearly 70% greater than Q1/2018… and the highest rate of first quarter purchases in six years.

The Chinese in particular, have been stockpiling gold faster than ever, while at the same time, Chinese ownership of US treasuries as a percentage of total holdings has been gradually declining over the past years.

And it’s not just China.

Russia, Turkey, Qatar, and even Colombia – a long-time ally of the US – have been diversifying and buying a lot more gold.

There are a few obvious reasons behind that.

The debt of the US federal government recently reached $22 trillion. And it isn’t getting any better– they add at least $1 trillion to the debt each year.

And the Congressional Budget Office forecasts that the Uncle Sam will NEVER again see an annual budget deficit of less than $1 trillion starting in 2021.

That has serious impact on the ability of the US government to repay its obligations to foreign creditors.

And if the Bolsheviks come to power next year and offer free goodies (paid for with more debt) to anyone with a pulse, the debt burden will explode.

Anyone who thinks owning 10-year US treasuries – or even worse, 30-year government bonds – is risk-free, is completely insane.

The dollar’s problems aren’t limited to the US government’s pitiful finances either.

Even the Federal Reserve– the central bank of the United States– is close to insolvency, according to its own financial statements.

And the Fed’s coffers are routinely plundered by Congress in order to fund pet projects in Washington.

It’s so ridiculous that, in late 2015, Congress passed a law to steal $53.3 billion from the Federal reserve, putting the central bank on the brink of insolvency.

Then of course there’s the looming prospect of escalating US trade wars… and it’s easy to see why so many foreign governments and central banks are diversifying out of the dollar and into gold.

There was a time when the British pound was the dominant currency in the world. And before that, Dutch guilders, Spanish pieces of eight…

Reserve currencies go all the way back before the gold solidus coin of the Byzantine Empire.

Today, the US dollar is the dominant currency in the world.

This is unlikely to change in the near future. But it would be equally foolish to assume that the dollar’s dominance will last forever.

Gold, on the other hand, has been a constant of wealth preservation for nearly all of human history.

It was first used as money more than 3,000 years ago. And an ounce of gold continues to buy roughly the same amount of goods over time.

There are a number of reasons for that. Gold is scarce, portable, and it can stand the test of time without corroding.

Today, I own gold as an insurance policy. It’s a form of wealth with no counter party risk, and one that has global demand.

Virtually anywhere you can possibly go in the world, gold has value, and it’s definitely worth your consideration.

One interesting benefit– we’re living in a time where nearly every other asset is at an all-time high. Stocks, bonds, real estate, etc.

A single troy ounce of gold sells for nearly 50% below its record price from 2011.

Given what’s happening with central banks, foreign governments, and US debt, it’s clear that demand is rising.

But simultaneously, the supply of gold is under a lot of pressure. We’ve discussed before that large mines have been closing, and large producers haven’t invested in new discoveries.

So there could be significant potential for rising gold prices in the future.