Check out what Google autocomplete tells us about America 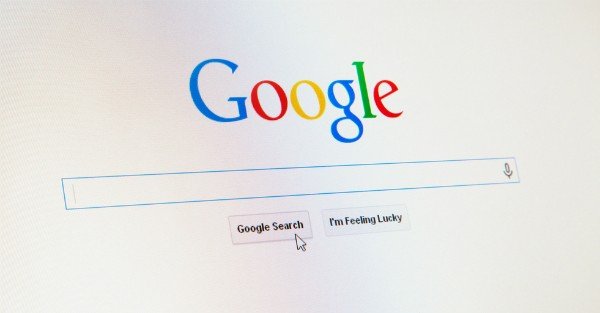 “Why does Obama suck?”

If you’re not sure, ask Google. It seems that millions of Americans already have asked this question, along with:

“Why does the government want to kill us?”, and

“Can the government take your gold?”

These are among the jewels of Google autocomplete– instantly displaying results from the most popular searches.

Try it yourself. The results vary slightly based on geography, but if you type, for example, “Obama is “, I get the following:

Not exactly the hope and change he was looking for I suppose.

(Canadians and Brits, don’t feel left out. Google tells us that Stephen Harper is “the anti-christ” and David Cameron is “a lizard”.)

While I’m sure we can all appreciate the humor, the reason these searches show up instantly in Google is because so many people are looking.

For example, when I type “Is America”, Google completes it with the most popular hit– “Is America doomed”…

Typing in “Why does the government” conjures all sorts of interesting queries, ranging from:

Or, typing “Why does the Federal Reserve. . . “, Google asks, “still exist?” Good question.

On the topic of the dollar, Google tells us “the dollar is” collapsing, dead, crashing, dying, devalued, not backed by gold, losing value, etc. 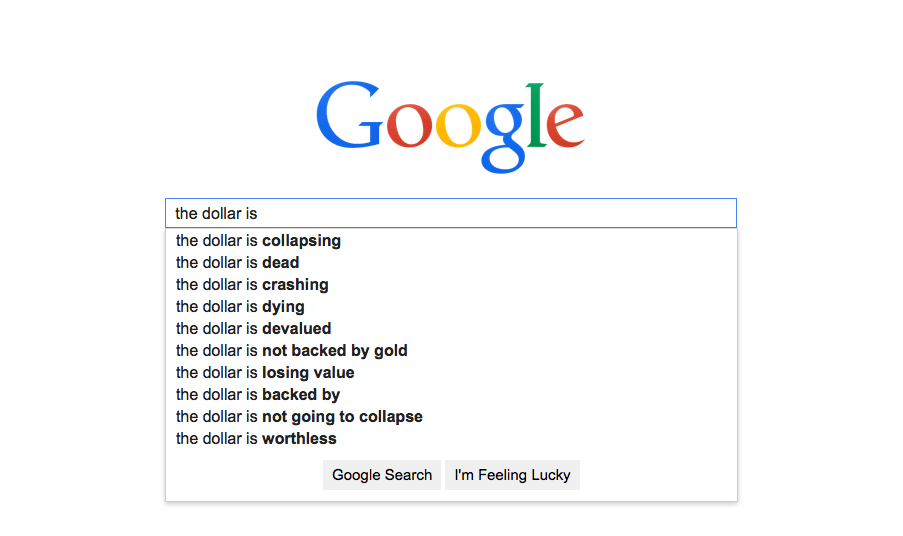 Apparently more and more people are starting to question the value and worth of their currency.

They’re starting to have second thoughts about a system in which we award a tiny banking elite with totalitarian control of the money supply.

And they’re starting to realize that that their government is corrupt, far too powerful, and overrun with liars and thieves.

In fact, for proof, I typed “does homeland s”, and Google completes with:

So it seems that convicted felons are looking for highly paid government employment. Perfect.

This is rather fitting given that typing “Will Ob” (not even the full word) returns “Will Obama declare martial law?”

Getting to this point of mistrust has taken years of endless warfare. The embarrassing failures of Obamacare. NSA and IRS scandals. Constant stories of police brutality. Higher taxes. Higher consumer prices.

It didn’t happen overnight. But over time, people have lost confidence not only in individual politicians, but in the system itself.

The institution of government is now viewed as the problem, not the solution. And this represents a complete breakdown in the social contract.

From the Romans to the Ottoman Empire to the Venetians, history is full of examples which show that once societies lose confidence in the system, substantial change and turmoil often follows.

I suspect that if Google had been around in the mid-1780s, autocomplete would probably tell us things like “Why does the King Louis” suck? And, “Will France” collapse?

It did. And when the French stormed the Bastille in 1789, they entered a 26-year period of revolution, civil war, hyperinflation, and genocide.

I’m not suggesting that we’re in for exactly the same fate. But we would be foolish to presume that this lost confidence and mistrust is a consequence-free environment.