CIA spies on Senate. Here’s how to take back your digital privacy [FREE] 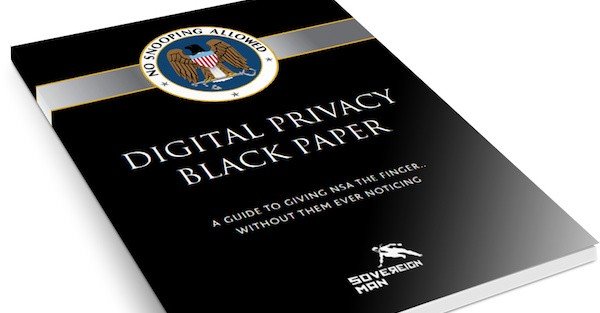 Back in March serious allegations came out of the Senate that the CIA was monitoring and even hacking Senate computers. They were denied vehemently at the time by CIA director John Brennan, who went so far as to say “that’s just beyond the scope of reason.”

Unsurprisingly, of course, the CIA has now come out saying that, yes, they did in fact spy on Senate aides’ computers. Oh, and that they’re sorry. Very sorry.

This is stuff that would have been a major scandal not too long ago, causing a public outcry for the heads of those responsible.

Despite Edward Snowden’s decision last year to basically condemn his life to that of a fugitive and branded “traitor” by shedding a major spotlight on just exactly how brazenly and extensively the US government invades the privacy of people all around the world, the reaction, at least in the US, was muted.

As the saying goes, ‘The dogs bark, but the caravan goes on.’

Even though government surveillance is becoming more and more invasive, there are ways to shield yourself from prying eyes.

If you agree with the premise that every person has the right to protect their personal matters and privacy from the Big Brother, there are free options to use out there that can ensure your communications, your digital presence and activity, and your data remain secure and private.

For calls, for example, the company Open Whisper Systems has developed apps that protect the privacy of your voice conversations.

If you’re an Android user, Red Phone is an open source app that secures your calls with end-to-end encryption. It uses your normal phone number and default dialer so you make calls just as you normally would, with no additional layers or steps necessary to protect your privacy.

To secure your text messages, the same company also has an app TextSecure that does just that.

If you’re an iPhone user, the developers of Red Phone and TextSecure took care of you too.

You can achieve the same result by using a free app called Signal – Private Messenger. Just as Red Phone, Signal makes end-to-end encrypted calls through Wi-Fi or mobile data, instead of your phone network.

Protecting your calls and texts from prying eyes and ears is just one piece of the puzzle if you want to take back your privacy.

There are so many different layers that you can protect—from your internet browsing to online searches, email, your data storage, payments etc.

We cover all these different aspects and options in our free Digital Privacy Black Paper.

I encourage you not only to implement the stuff we talk about in the Black Paper in order to take back your privacy, but to also share it with your friends and loved ones.