Civil Asset Forfeiture: What you can do about it 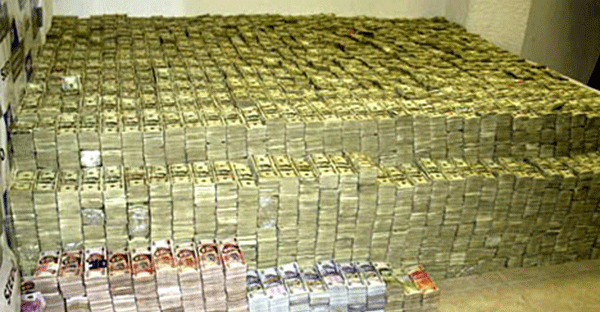 Tan Nguyen was stopped on the highway for driving three miles over the speed limit. The policeman searched the car and found a briefcase of money that Tan said he just won at a casino.

There weren’t any drugs to be found, but suddenly the cop said he smelled marijuana and confiscated the money.

Now, if you or I were to have taken Tan’s money at the point of a gun, it would be called armed robbery, and we’d go to jail.

But when the state does it, it’s called Civil Asset Forfeiture. And it’s perfectly legal.

What’s more, they’re able to commit this highway robbery without a shred of proof or evidence. And then it’s up to the victims to prove their innocence to get the money back.

It’s not surprising that the system is being abused. It’s such easy money.

And what do these police departments do with the money that they steal? Whatever they want, as it turns out.

Police departments in the Land of the Free have used seized funds for things like a margarita machine, a Zamboni (that thing that cleans the ice on a rink), hiring a clown, or a trip to Hawaii.

And as infuriating as these examples all are, often overlooked are the more sinister examples of what these funds have been used for.

Or the $54,000 spent on twenty-seven military grade M-4 assault rifles. (Both by of these were in Georgia).

Between $382,000 on license-plate readers, $208,000 on electronic surveillance tools, and an undisclosed amount on a “cell site simulator” that can surreptitiously track cellphones—you can see that the stolen money is being used to get better at cracking down on your liberties even further.

The institution that claims to be there to protect is now among the biggest threats to liberty.

Think about it– you have a far greater chance of having your assets wrongfully seized than being the victim of some terrorist attack.

Leaving the country with more than $10,000 requires making a report with the federal government’s Financial Crimes Enforcement Network (FinCEN), as if it’s some sort of crime to move cash overseas.

Bottom line, if you want to move a lot of wealth, there are better options.

For smaller amounts under $25,000, a few gold coins in your briefcase are a lot less conspicuous than bricks of cash.

If you have trustworthy sources (premium members- see our previous alerts about this), you can buy rare coins and collectibles that are worth much more.

For example, a single five cent buffalo nickel in excellent condition can be worth half a million dollars or more. This is something that you could stick in your pocket and walk out of the country, and no one would ever know.

Digital currency is another option. Through cold storage and paper wallets, millions of dollars worth of digital currency can be held in a simple, random string of characters.

Civil asset forfeiture is clearly a growing problem. But all of the tools and technology already exist to take back your freedom and make sure you don’t become another statistic.