Class Warfare: people are out for blood 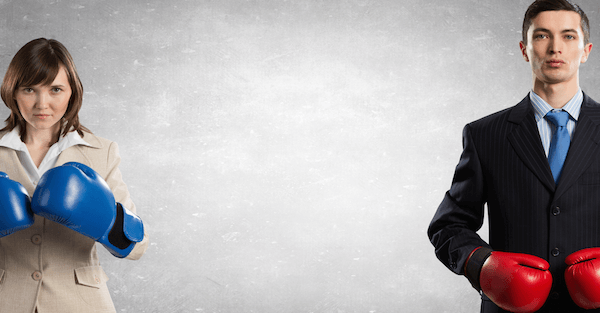 Roughly two thousand years ago, the government of ancient Rome was facing a serious problem.

The tributium capitus, or poll tax, they had imposed across their provinces was becoming unpopular.

And there was a growing minority of Roman subjects who felt they were being forced to pay an overly burdensome and disproportionately high tax bill.

Things got so bad that there were small revolts, especially in one of Rome’s critical eastern provinces where many simply refused to pay.

Eventually the authorities were able to round up the leader of the movement– a youthful, charismatic local artisan who was brought before the provincial prefecture.

After reviewing the evidence, though, the prefecture found that the leader had actually done nothing illegal… and according to ancient texts, announced to the public:

“I have examined him in your presence and have found no basis for your charges against him. . .”

But the crowd was out for blood. They thought the resistance leader was arrogant and disrespectful of their values. And they wanted him put down for good.

Plus, the central government in Rome wanted to send a strong message to strike fear in those subverting their authority and not paying tax.

So in the end the prefecture bowed to pressure, and the resistance leader was sentenced to death.

His name was Jesus Christ.

Two thousand years later, people are out for blood again.

Over the weekend, we witnessed the release of the “Paradise Papers.” This was another gigantic leak of financial records (similar to last year’s “Panama Papers”) which shows how clients of a Bermuda law firm have legally used foreign corporate and trust structures for privacy and tax mitigation.

And the public is outraged.

The basis of this outrage is that rich and powerful people are ‘hiding’ trillions of dollars in offshore tax havens like Switzerland and the Cayman Islands.

Journalists estimate the size of this offshore treasure trove to be between $10 trillion and $32 trillion.

Yet there’s absolutely no rational basis to support these assertions whatsoever.

In the Cayman Islands, non-resident customers hold less than $100 billion in deposits.

Jersey, one of the Channel Islands, has only $60 billion from non-resident depositors.

Bermuda, at the center of the most recent data leak, has an entire banking system worth just $19.2 billion.

And despite all the whining about Ireland as an offshore tax haven (despite a corporate rate of 12.5%), the country’s entire banking system has less than $200 billion.

Point is– even if you assume that literally ONE HUNDRED PERCENT of the deposits in these countries are tied to tax evasion (which is obviously ridiculous), it doesn’t come anywhere close to the estimates the media keep reciting.

But no one ever questions the premise.

Everyone seems to believe in this myth that there’s tens of trillions of dollars hidden away evading taxes, even though all the data shows that this assertion is baseless.

Another basis of the public’s outrage is a belief that the clients of this Bermuda law firm were able to reduce their tax bills in ways that are only available to the ‘rich and powerful’.

Again, this is complete nonsense.

First off, EVERYONE has ways they reduce their tax bills.

People do this all the time… whether it’s shopping at a duty-free store or out-of-state to avoid sales tax, or perhaps holding an investment just a little bit longer before selling (in order to pay long-term capital gains, instead of the higher rate for short-term gains).

And these are all perfectly legal.

But for some reason when a rich guy does perfectly legal things to reduce his/her tax bill, the public is outraged.

Second, you don’t have to be rich or powerful or famous to set up a structure overseas.

Most importantly, the public is outraged even though everything these rich folks are doing is completely legal.

The articles I’ve been reading about the Paradise Papers begrudgingly state that it’s completely legal to establish a foreign company to pay less tax.

And it is. Rational people take whatever reasonable, legal steps they can to reduce what they owe.

But people don’t like it. They feel that it’s ‘unfair’ for wealthy people to be able to slash their tax bills.

Yet according to individual income tax statistics published by the Internal Revenue Service, the top 3% of taxpayers in the United States pay more tax than everyone else in the country combined.

It makes me wonder– how much more would be enough? When does it stop?

If the public has a say over what someone else can legally do with his/her private property, perhaps we’re all entitled to sleep in Wilbur Ross’s house, or to take Bono’s Lamborghini out for a drive.

Again, the amazing thing here is that taking steps to reduce your taxes is completely legal.

What’s NOT legal is stealing private financial records from a law firm… which is exactly what a bunch of journalists did in order to publish the Paradise Papers.

But that criminality is not part of the discussion. And no public figure will dare call them out over it.

The only acceptable thing to say anymore is rich people = bad. Everyone else = good.

This is class warfare, plain and simple. People are out for blood once again. And it’s only the beginning.