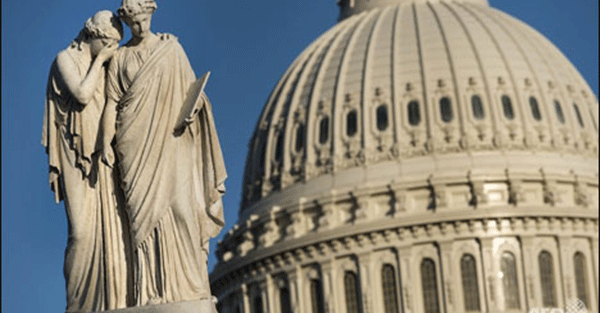 To this day, many governments around the world maintain a tight grip on dissent.

Students in Thailand have been arrested for using a three-fingered salute they saw in the movie Hunger Games.

In Turkey, Twitter, Youtube, and other social media sites have been blocked. And in Russia the word “crisis” has been banned from use in public.

You can see the backlash of insecure governments against the free expression of their citizens everywhere.

There was a time long ago when the US was a refreshing outlier in this trend.

At the time of its founding, the Land of the Free took a bold stance in asserting that its citizens all had a number of inalienable rights.

But gradually these rights have been chipped away, particularly in this century as we’ve seen the rise of a tradeoff between liberty and security.

Today the US is rapidly joining the ranks of insecure, oppressive governments rather than moving apart from them.

Yes, someone in the United States can still technically publish an article that is critical of the government.

But you cannot have comfort in your privacy. You can have no reasonable expectations that your phone, emails, and social media accounts will not be hacked and monitored by the government that you are being critical of.

You can have no reasonable expectations that your financial accounts will not be frozen, nor that you will be spared by abusive tax authorities for starting a grassroots political opposition group.

We have seen people arrested for feeding the homeless, for collecting rainwater, and for dancing at the Jefferson Memorial.

On balance, exactly how free is this?

In the name of security, one major thing they have been cracking down on over the last few years is taking photographs and video recordings in public places.

We’re not talking about sneaking into the CIA headquarters. We’re talking about normal people taking normal pictures of public areas.

Amtrak famously invited the nation a few years ago to take pictures of its trains. Photographers obliged, and many of them were arrested or detained by police for engaging in suspicious activity.

Apparently taking a photograph is now considered suspicious activity. You can no longer take photographs of something so insipid as an airline safety briefing… or TSA checkpoint.

And this doesn’t even begin to describe the consequences of photographing police officers and federal agents engaging in public duties in public places.

It’s all forbidden… in the name of security.

This past month, one Congressman finally said that enough was enough and proposed a new bill to bring back our First Amendment rights.

The bill stated that photographers taking footage in public areas should NOT be restricted by threats of confiscation or arrest as these things infringe on our rights to free speech.

When you think about it, it’s really sad that they needed to propose a new law to give Americans back their Constitutional rights.

Nevertheless, that’s what happened. And the bill was submitted.

Then they killed it.

Just two weeks after the bill was submitted, it was squashed.

So as pathetic as it was that they needed to submit this bill to begin with, it’s even worse that they killed it.

And that, ladies and gentlemen, tells you everything you need to know about the state of justice and liberty in the Land of the Free.