Congress to eliminate the debt by not counting it anymore…. 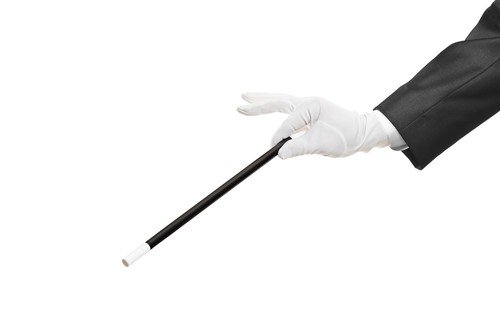 You know the old rule of thumb about laws–

The more high-sounding the legislation, the more destructive its consequences.

Except that’s not what the bill really does. They’re not reforming anything. HR 3293’s real purpose is to authorize the government to simply stop counting a massive portion of the US national debt.

You see, one of the biggest chunks of the debt is money owed to ‘intragovernmental agencies’.

For example, Medicare and Social Security hold their massive trust funds in US Treasuries. This is the money that’s owed to retirees.

In fact, nearly $5 trillion of the $17 trillion debt (almost 30%) is owed to intragovernmental agencies like Social Security and Medicare.

So now they basically want to stop counting this debt. Poof. Overnight, they’ll make $5 trillion disappear from the debt.

On paper, this looks great. But in reality, they’re setting the stage to default on Social Security beneficiaries without causing a single ripple in the financial system.

Remember, when governments get this deep in debt, someone is going to get screwed.

They may default on their obligations to their creditors, causing a crisis across the entire financial system. Or perhaps to the central bank, causing a currency crisis.

But most likely, and first, they will default on their obligations to their citizens. Whatever promises they made, including Social Security, will be abandoned.

And if you read between the lines, this new bill says it all.

Not to be outdone by the United States Congress, though, the International Monetary Fund recently proposed a continental-wide ‘one off’ wealth tax in Europe.

Buried in an extensive report about Europe’s troubled economies, the IMF stated:

“The appeal is that such a tax, if it is implemented before avoidance is possible and there is a belief that it will never be repeated, does not distort behavior (and may be seen by some as fair).”

In other words, first they want to implement capital controls to ensure that everyone’s money is trapped. Then they want to make a grab for people’s bank accounts, just like they did in Cyprus.

The warning signs couldn’t be more clear. I’ve been writing about this for years. It’s now happening. This is no longer theory.

Over the last few weeks I’ve been having my staff revise a free report we put together two years ago about globalizing your gold holdings.

In the report I mentioned that capital controls are coming. And that some governments may even ban cash transactions over a certain level.

These things have happened. Cyprus has capital controls, France and Italy have limits on cash transactions. And given this new evidence, it’s clear there’s more on the way.

Every rational, thinking person out there has a decision to make.

You can choose to trust these politicians and central bankers to do the right thing.

Or you can choose to acknowledge the overwhelming evidence and reduce your exposure to these bankrupt western countries that will make every effort to lie, cheat, and steal whatever they can from you… just to keep the party going a little while longer.

It’s time for people to wake up to this reality. You only have yourself to rely on. Not the system. Not the government. And certainly not the bankers.