Credit Suisse: with just $10 “you’re wealthier than 25% of Americans” 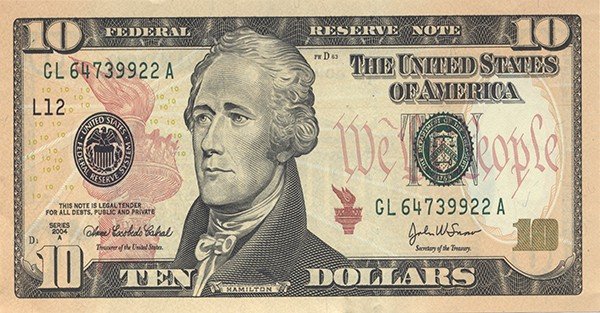 The big headline grabber was their analysis showing that the top 1% of people now own 50% of the world’s wealth.

That is true and rather astonishing.

However, the report had another finding that was even more astonishing and largely overlooked.

What they found was that, as a percentage of the world’s population, there are now more poor people in the United States and Europe than there are in China. 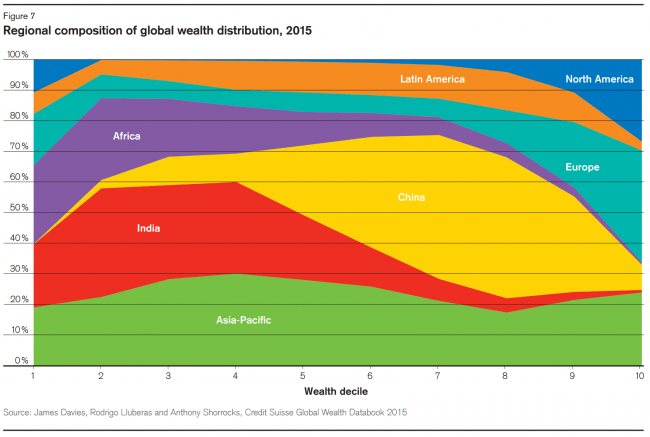 Shown here, along the left side of the graph you can see that 10% and 20% of the world’s poorest are in North America and Europe.

Here, they aren’t talking about income. They define poor as lacking ‘wealth’, i.e. taking into account assets and liabilities like cash and debt.

Credit Suisse estimates that half of the world has a net worth less than $3,210. And a large chunk of Americans and Europeans can’t make that cut because their net worth is negative.

That’s especially the case for young people these days, who graduate from university with an incredibly expensive degree and an average of $35,000 in student debt.

Of course, plenty of people are in debt up to their eyeballs in the Land of the Free, and not just student debt.

Debt has become the American Way. People go deeply into debt that they can’t afford to buy stuff they don’t need to impress people they don’t know, simply because everyone is doing it.

And it’s just so damn easy.

The US financial system encourages debt by keeping interest rates at effectively zero. You can borrow money in many cases for less interest than you can save. The priorities are pretty out of whack.

This is even more the case in Europe where some banks are actually paying people to borrow money, creating some of the most ridiculous moral and financial hazards imaginable.

Credit Suisse estimates that 25% of Americans are in this situation of having a negative net-worth.

The thing is– not only did the government create the incentives, but they set the standard.

With a net worth of negative $60 trillion, US citizens are just following dutifully in the government’s footsteps.

Taking a fresh look at the country, you have to admit that when the vast majority of the wealth is held in the hands of the tiniest percent;

When a quarter of the population has negative net worth;

When the government has $18 trillion in debt and another $42 trillion in unfunded liabilities;

And when the central bank is borderline insolvent;

It becomes really hard to make the case that you’re still the richest country in the world.