Debt, dope and casinos: Chicago is circling the drain 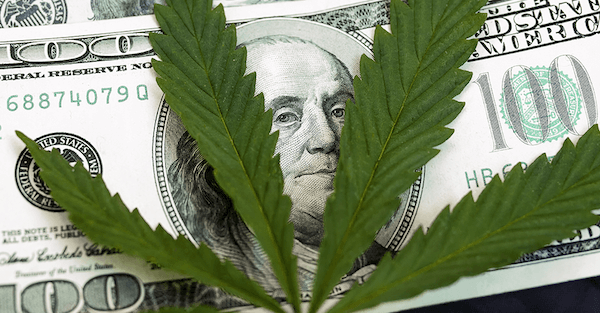 While the federal government is slowly careening toward permanent, fiscal disaster, many state governments (which don’t have the power of the printing press) are already staring into the abyss…

Take Illinois, for example. It’s the most broke state in the US with nearly $250 billion in debt. And it only brings in enough in taxes each year to cover 92% of its expenses… so the problem is getting worse.

Good thing Rahm “you never want a serious crisis to go to waste” Emmanuel is the current Mayor of Chicago. You may remember, the above quote was from Rahm’s days as Obama’s Chief of Staff, as told to the Wall Street Journal during the depths of the Great Financial Crisis…

What followed was the greatest monetary experiment known to man.

Now Rahm has another crisis on his hands – Chicago’s woefully underfunded pensions. And he’s reaching into his old bag of tricks.

Governments can only kick the can down the road for so long. Eventually, they’ve got to make some tough decisions – like who they’re going to default on. Despite the promises made by certain political representatives, it’s impossible for everyone to have everything…

And today, Rahm must choose…

Either Chicago defaults on the pension promises it’s made to city workers or it defaults on its massive debt. It’s simple arithmetic.

Rahm, it seems, has chosen the latter.

Chicago’s pension funds are only 26% funded (meaning it only has enough cash to pay out a pathetic 26% of what’s promised). And with the city’s dismal fiscal situation, that hole isn’t getting plugged on its own.

So Rahm proposed issuing $10 billion of debt to shore up the city’s pensions. The only government solution for debt problems today, it seems, is still more debt…

But even with that extra $10 billion, the city’s pensions will only be 50% funded.

Let me be clear… when you’ve got to take on debt for a chance of paying 50% of your pension obligations… you’re in default.

Rahm is pressuring the city to act quickly before interest rates increase more, which would make it more expensive for the city to finance its new debt.

So he’s essentially admitting the city couldn’t afford this new debt if rates increase 50 or 100 basis points. This is desperation.

OK… If interest states stay low, and Rahm can afford to issue these bonds, now we’ve only got to worry about future pension returns.

And Rahm says they can afford to issue the debt because the city’s pension funds have never seen an annualized return of lower than 8% for any 30-year period.

Most pension funds are grasping to that “magic” 8% number based on the past. But as we’ve written before, making those returns today is no easy feat. We’re at the tail end of 40 years of falling interest rates, which caused an insane bull market in stocks. It’s not likely the next 40 years will be as generous.

Already, at a market peak, pension funds are investing in riskier assets in hopes of achieving their break even returns.

If every single, little thing goes just perfect for the next 30 years, Chicago’s pensions may squeak by for awhile. What’s the likelihood of that happening? About zero.

Remember, a massive, 10-year bull market in stocks is nearing its end.

But desperate times call for desperate measures. And Rahm is out the door in May… so he won’t be around when the city has to default on its debt.

The federal government can still conjure money out of thin air. Cities and states don’t have that luxury. And like Chicago is doing today, we’ll see more of these tough decisions being made in the near future – the decision of who to default on.

There is one bright spot.

When discussing the bonds, Rahm did mention he supports legalizing marijuana and bringing casinos back to Chicago.

So if the pensions don’t work out, we’ve always got pot and gambling to restore our country to the glory days.