Did you miss your IRS agent today? 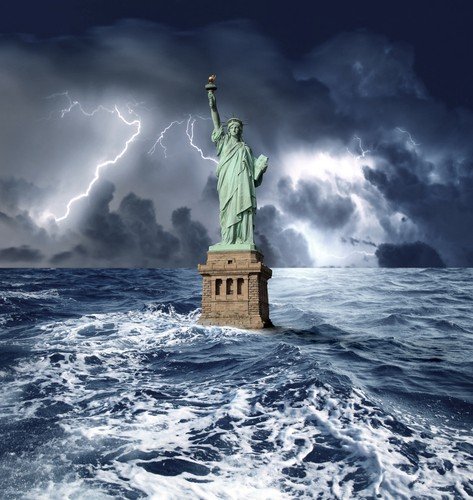 Last night I was speaking to a long-time mentor. And he’s unfortunately in very poor health at the moment.

Most of his condition is a result of lifestyle choices over the past several decades. Too much junk food. Too much excess. Never enough discpiline or exercise. He readily admits this now.

In his late 40s, he really began putting on extra weight. In his 50s, all the extra weight started to take a toll on his joints, and he developed severe, arthritic pains. Also his blood sugar began to rise.

Along the way, his friends and family encouraged him to make important changes in his life. Put down the chocolate bars and start walking. But he could never summon the will.

There was a lot of talk about what he intended to do. He even went to the store and bought athletic shoes and workout attire. But it just sat in the closet collecting dust.

Now in his mid-60s, his health has deteriorated to the point where he can barely walk. He’s lost feeling in his legs. And even if he could find the desire now to get some exercise, he wouldn’t be able to. His body is simply no longer able to exert itself.

My friend has unfortunately passed the point of no return. The window of opportunity to heal himself has closed. And now he has become a slave to his condition, unable to change it.

From a fiscal perspective, the United States government is also at this point.

The major headline of the day is the pending government shutdown in the Land of the Free. This is nothing more than an obvious symptom that they have passed the point of no return.

As we have routinely discussed, the US government now fails to collect enough tax revenue to pay interest on the debt and cover mandatory entitlement spending.

They’re already in the hole before they write a single check for anything we consider ‘government’, from national parks to the Internal Revenue Service. Basically all the stuff that will be shut down now.

Unless you missed your IRS agent today, it should be clear that all this stuff they waste money on is completely… unnecessary. Or can/should be privatized.

Yet even in the government’s rosiest projections, their own figures show both the deficit and national debt rising indefinitely into the future.

According to the notoriously optimistic Congressional Budget Office (CBO):

“The gap between federal spending and revenues would widen steadily after 2015 under the assumptions of the extended baseline, CBO projects. By 2038, the deficit would be 6.5 percent of GDP, larger than in any year between 1947 and 2008…” 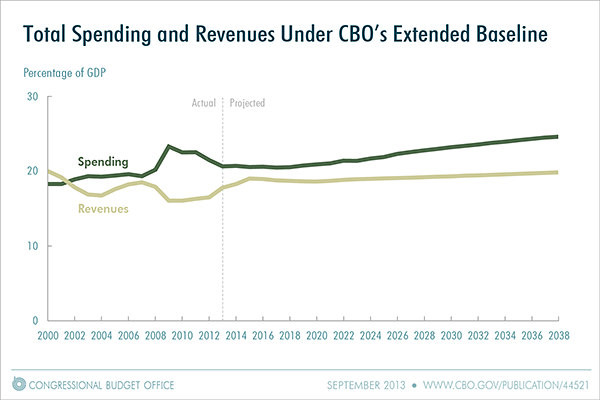 Even the government expects the situation to get worse.

Just like my friend, though, there’s a lot of high-sounding talk in government about fixing the problem. Yet almost zero action.

And if history is any guide, they will delay taking action until there is no possible alternative BUT to act. And by the time that happens, rest assured, their tactics will be Draconian.

Much of this is happening already… or at least moving in that direction.

It’s time to acknowledge reality. Politicians can talk about recovery and discipline all they want.

But thinking, creative people need merely to take a sobering look at the data, trust in their own analysis and observations, and begin to make earnest plans for the very obvious trend that’s unfolding.