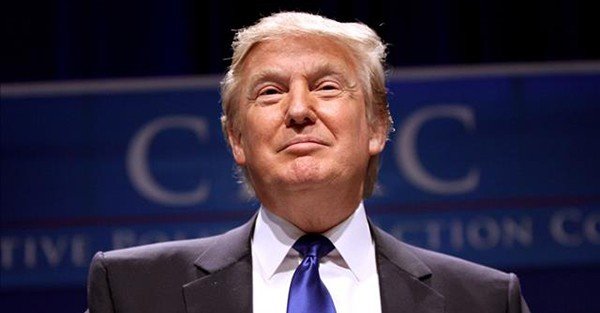 Yesterday the leading presidential candidate in the Land of the Free released his tax plan in the Wall Street Journal.

And the Donald certainly did not disappoint his supporters.

His tax plan is bold, aiming to drastically simplify the tax code and reduce the number of individual income tax brackets down to four.

The corporate tax rate would also be cut to 15%, down from a marginal rate as high as 38%.

The Internet is now abuzz with economists analyzing Mr. Trump’s proposals, assessing the economic impact and making grandiose calculations on whether or not they would be “revenue neutral”.

Criticism already abounds with many saying that his tax plan would vanquish overall tax revenue by many trillions of dollars, leaving the Land of the Free in an even deeper financial hole.

These arguments and discussions are entirely misplaced.

According to government data that I retrieved this morning from whitehouse.gov, since World War II, tax revenue as a percentage of GDP has averaged 17.2%, with very minimal deviation.

Over that period, tax rates have been all over the place.

Meanwhile, over the course of US history, the top corporate tax rate has been as low as 1% and as high as 53%.

And yet in all this time, despite enormous variations in tax rates, overall tax revenue as a percentage of GDP has barely budged.

If you think about the economy as a giant pie, this means that the government’s slice of that pie is almost invariably between 17% and 18%, regardless of how high or how low they set tax rates.

So any discussion about whether Mr. Trump’s proposal will affect overall tax revenue is completely pointless.

Because seven decades of historical data show that his tax proposal won’t affect the government’s piece of the pie at all.

You’d think that with such incontrovertible historical data, the conversation would turn to the obvious question: how does one make the pie bigger?

Looking back at the data, slashing tax rates can make a big difference.

In 1988 when the US government restructured its tax code, they eliminated several tax brackets and cut both corporate and individual tax rates.

Human nature is a funny thing. We all tend to work a little harder if we know there’s a brighter light at the end of the tunnel. So slashing taxes is a nice start.

But there are much larger elements in that economic growth recipe.

It’s hard to make a bigger pie when you’ve got a national debt of $19 trillion; when you spend almost as much money on interest than on ‘defense’; and when you blow nearly the entirety of your tax revenue just on interest and mandatory entitlement programs like Social Security.

It’s harder still to create a bigger pie when the volume of laws, codes, rules, and regulations is enough to fill entire football stadiums.

US regulations have made its entire population guilty of crimes they’ve never heard of, often for the most innocent and innocuous activities.

And yet the government continues to publish upwards of a 1,000 pages PER DAY of new rules, regulations, and other proposals.

If you look at places that have been patently successful in growing their economies from nothing, they’ve done it by cutting taxes, abstaining from regulation, and leaving people alone to work hard and become successful.

They have almost no resources to speak of: no vast deposits of oil and gas, no huge tracts of land and fertile agricultural property like America has.

In fact, Singapore even has to import fresh water from Malaysia.

Yet they’re two of the wealthiest places in the world thanks to low taxes, minimal regulations, zero net government debt– all things that the United States was once known for.