Estonia- 0% corporate tax and still kicking ass. Why can’t the US learn from this…? 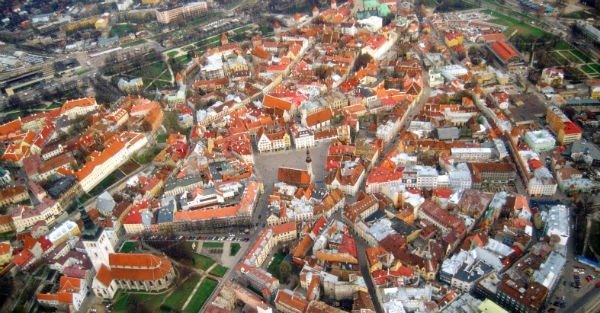 In the absurdly best-selling book The 7 Habits of Highly Effective People, author Stephen Covey wrote about abundance vs. scarcity.

With the abundance mindset, people confidently view the world as full of resources and opportunities… that there’s more than enough to share… and that more success is coming soon.

The opposite is the scarcity mindset, where people view everything as scarce and finite. If you’re winning it’s because I’m losing.

The scarcity mindset reinforces that there’s never enough time, never enough money. And since we can never be sure about the future, we have to ration every last possible resource and grab every bit for ourselves.

This ‘scarcity’ mindset pretty much sums up tax policy in most ‘rich’ Western nations.

In the US, tax revenue as a percentage of GDP has been almost exactly 17.7% of GDP since the end of World War II.

It hasn’t mattered how much they’ve raised tax rates; when tax rates go up, overall tax revenue, i.e. the government’s slice of the GDP pie, stays about the same.

For years they’ve been bleeding cash.

Yet rather than say “How can we support abundance? How can we help set the right conditions to make the PIE bigger,” they punish and intimidate everyone.

The Land of the Free is one of the only supposedly civilized nations in the world where you can be criminally convicted and thrown in jail over tax discrepancies.

They maintain one of the LEAST competitive corporate tax rates in the world, and then blame the companies who have a problem paying that much.

They need the money. There’s never enough. So they’re obsessed with bullying citizens for every last penny they can get their hands on.

Thousands of miles away, Estonia is one of the few countries that gets it.

One major innovation here is that Estonian companies are only taxed when they actually make a distribution.

In other words, a company that reinvests its profits back into the business pays ZERO tax.

Not to mention there are tremendous incentives and financing programs available for startups. So building a business here is definitely a great option.

Plus there’s no estate tax– the Estonian government isn’t looking for its ‘fair share’ when you die. There’s no gift tax or wealth tax either. It’s Paul Krugman’s worst nightmare.

But perhaps most importantly, the ENTIRE tax code itself is just 43 pages, and filing a return can be done online in just minutes.

In contrast, the US tax code could fill entire football stadiums. And tax preparation wastes tremendous resources that could otherwise be put to productive use.

But here’s the incredible thing: Estonian tax revenues, GDP, and standard of living have been rising year after year.

And at roughly 10% of GDP, Estonia has a laughably low debt. In fact, Estonia has the LOWEST general government debt of any country in the EU.

In Estonia they have truly worked to make the pie bigger. It’s an abundance mentality, plain and simple.

Now, let’s pretend for a minute that you’re flat, crazy, dead broke. And there’s a guy down the street who really has his stuff together.

He has a nice house, he’s saved money, he’s conservative, and he’s doing quite well.

Wouldn’t it make sense to learn from this person?

Wouldn’t it make sense to spend a little time checking out what they’ve done right, what they’ve learned, and see how you could apply that to your own life?

But not if you’re the US government. Or France, Spain, Italy, etc.

Their only approach is to ignore the obvious success of other countries who have figured it out.

Instead their scarcity mentality pushes them to continue confiscating, intimidating, and terrorizing in a desperate, failed attempt to make ends meet.

It’s quite sad. But this is our reality.