FATCA: the dumbest law in history just went to the next level 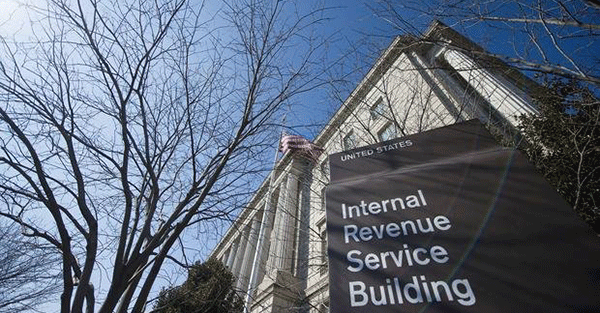 The Road to Ruin, as they say, is paved with good intentions.

So I suppose the road to hell is paved in the best of intentions.

And that’s how most laws often start: with the BEST of intentions. That was certainly the case when Barack Obama signed the HIRE Act into law in 2011.

It was intended to spur job growth in the Land of the Free while the wounds of the financial crisis were still fresh.

But always remember the rule of thumb with legislation: the more noble-sounding the name of a law, the more destructive its consequences. The HIRE Act did not disappoint.

Deep within its bowels fell the Foreign Account Tax Compliance Act, or FATCA for short. It was a sort of ‘law within a law’, and one of the dumbest in US history.

FATCA effectively commanded every single bank on the planet to enter into an information-sharing agreement with the IRS.

(Well, not so much ‘information sharing’. More like ‘information giving’. Because the US government doesn’t share anything with anyone.)

It all started based on a phony assumption that millions of Americans were hiding trillions of dollars in secret offshore accounts. And given how broke the US government is, they wanted every penny they were entitled to.

So the plan was to turn every bank in the world into a global spy network.

Any bank that didn’t comply was threatened with a crippling 30% withholding tax on every dollar that went in, out, and through the Land of the Free.

Banks complied. And FATCA was rolled across the world.

The idea was that, instead of banks sharing information directly with the IRS, they would give all the information to their national governments, which would then hand everything over to the United States.

Essentially it created another layer of bureaucracy, with ‘FATCA departments’ now within finance ministries around the world.

The first of these government-to-government information sharing agreements, or IGAs as they are known, went into effect on the first of this month.

So FATCA truly has graduated to the next level of stupidity.

Remember, the entire law was passed based on a premise that it would quickly fill the government’s empty coffers with oodles of cash.

The government itself admits that over the last 5-6 years, government programs to eliminate offshore tax evasion have brought in $6.5 billion, or roughly $1 to $1.3 billion per year.

That’s not even enough to fund the annual budget for the government’s obscure ‘Corporation for National and Community Service’.

And according to the Association of Certified Financial Crime Specialists (ACFCS), an organization specializing in tax evasion, FATCA will continue to generate roughly $800 million per year in tax revenue.

Yet $800 million doesn’t even constitute a drop in the bucket anymore; it’s enough to pay about 17 hours worth of interest on the national debt.

Even if ACFCS is way off and the real amount is 10x their estimate, the funds still won’t come anywhere close to what FATCA was supposed to bring in for Uncle Sam.

But it certainly raises the question—isn’t SOME money better than NO money?

No. Not when the cost is this high.

It’s not like implementing FATCA around the world is free. Banks and governments have had to incur substantial costs to comply. And those costs are ongoing.

Think about it—dozens upon dozens of nations across the world have to go through the trouble to change their banking laws and privacy regulations. In some cases they might even have needed to amend their Constitutions or hold a referendum.

Thousands of banks have had to suffer increased costs of compliance as well.

The British government alone estimated that the cost of compliance for UK businesses would be $80 to $150 million per year. Just in one country. It’s unreal.

The costs to foreign banks and governments start to exceed the benefit to Uncle Sam very quickly.

This basically qualifies as extortion. The US government made a bunch of threats, forcing banks and foreign governments to comply with its stupid law.

It would be a hell of a lot easier if they had just blackmailed them all into making a donation to reduce the US federal debt, instead of creating yet another bureaucracy.

“I can’t even say with conviction that I’m sure, looking strictly on a cost-benefit basis, that FATCA’s. . . benefits are going to outweigh the cost.”

FATCA constitutes theft. The US government is generating a little bit of revenue and the great expense of foreign banks and governments.

(not to mention the thousands of Americans who have had to renounce their citizenship because of FATCA’s idiotic rules.)

It’s sad to realize that the only way the US government can generate revenue is to chase bogeymen across the world and hold foreign banks and governments hostage at the point of a gun.

If tax evasion in the US really were such a massive problem (which, by the way, the data shows that’s it’s not), why don’t they just attack the root cause?

The US tax code is embarrassingly antiquated. The last major revision was from the 1980s, and it doesn’t take into account globalization, the digital revolution, or anything else that’s happened in the last three decades.

Instead of violence and intimidation, why not just work to streamline the tax code and make America more competitive?

Sadly, this no longer enters the government psyche in the Land of the Free.