FDIC asks Americans to keep their money in the banks 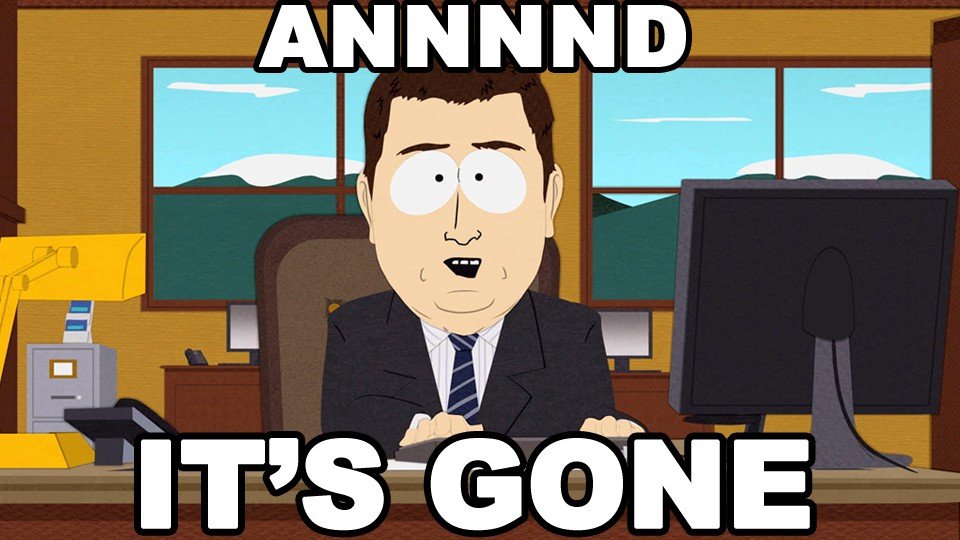 Yesterday the Chair of the FDIC released an astonishing video asking Americans to keep their money in the bank.

Accompanied by soft piano music playing in the background, the official said:

“Your money is safe at the banks. The last thing you should be doing is pulling your money out of the banks thinking it’s going to be safer somewhere else.”

Amazing. I was half expecting her to waive her hand and say, “These aren’t the droids you’re looking for…”

And let’s be honest, some of that debt is simply not going to be paid.

Millions of people have already lost their jobs. Millions more (like the 10 million waiters and bartenders across America) are barely earning anything right now because their businesses are closed.

A lot of those folks have no emergency savings to fall back on during times of crisis, so they’re going to be forced to choose: pay the rent, or buy food.

The government has already suspended evictions and foreclosures, which is a green light for people to stop paying the rent or mortgage.

And that means banks will take it in the teeth.

This is what happened back in 2008– millions of people across the country stopped paying their mortgages, and the banking system nearly collapsed as a result.

Today it’s a similar situation; a lot of people are going to stop paying their mortgages, credit cards, auto loans, etc. And that directly impacts the banks.

Businesses are in deep financial trouble too.

According to the Wall Street Journal, the median small business in the United States has a cash balance that will last them just 27 days.

And many are operating with an even smaller safety net; the median restaurant, for example, has a cash balance of just 16 days.

These businesses have been told to close down due to the Corona Virus. And it’s likely that many of them will never re-open.

A lot of these companies also have debt. And if they close, those debts will never be repaid.

Even big businesses are susceptible to failure.

Every airline, cruise ship operator, hotel, retail chain, etc. is on the ropes, and each of these companies has borrowed billions of dollars.

This pandemic could easily push several big companies into bankruptcy.

Countless unemployed individuals, millions of shuttered small businesses, and bankrupt big companies collectively owe the banks trillions of dollars. And many of them can’t pay… which means the entire banking system has a problem.

How much money will the banks lose because of this pandemic?

It could easily end up being hundreds of billions of dollars, even several trillion dollars.

No one knows. But it’s not going to be zero. It’s silly to think that banks are immune to the Corona virus, or to assume that not a single bank is going to run into problems.

Don’t get me wrong– I’m not saying that the banking system is about to collapse. There are stronger banks and weaker banks. Many of them will survive, others will fail.

What I am saying is that there are enormous and obvious risks that threaten the banking system.

As I’ve written several times over the past few weeks: Anyone who says, “No, that’s impossible,” clearly doesn’t have a grasp of what’s happening right now. EVERY scenario is on the table, including severe problems in the banking system.

But the FDIC insists that there’s nothing to worry about.

That’s ridiculous. The FDIC only has $109 billion to insure the entire $13 trillion US banking system. That’s less than 1%!

The FDIC also insists that they’ve always been able to prevent depositors from losing money. “Not a single depositor has lost money since 1933.” And that’s true.

The Covid-19 impact on the banking system could be 10x bigger than the housing meltdown in 2008.

So to casually brush off these risks and claim that everything is 100% safe seems incomprehensible.

It also raises an interesting point: why is the FDIC asking us to NOT withdraw our savings?

If the financial system is so safe, it shouldn’t matter to them whether or not people keep their money in the banks.

Yet they still felt the need to specifically ask people to NOT withdraw their money… and tell us that we shouldn’t keep cash at home.

I’ll reiterate a point that we’ve made again and again at Sovereign Research over the years: it makes sense to have some physical cash in an at-home safe.

I’m not suggesting you keep your life’s savings in physical cash. But a month or two worth of expenses won’t hurt.

There’s very little downside– your bank probably only pays you 0.01% anyhow, so it’s not like you will be giving up a ton of interest income.

And given that the FDIC is specifically saying that you shouldn’t do this, a prudent person might wonder what’s really going on.