For people with talent and vision, this place has a LOT to offer 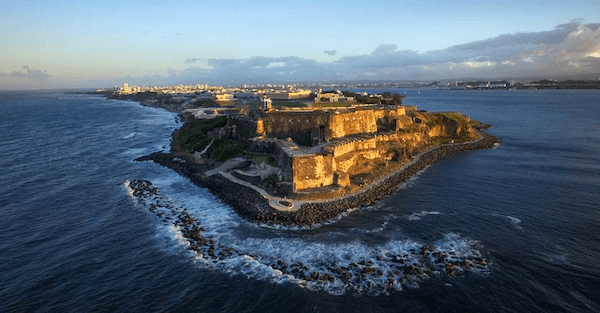 It was February 15, 1898. The American Civil War was a distant memory, and the United States had become the largest economy in the world.

Still, something was missing in the Land of the Free: colonies.

More than 100 years before, other leading powers like Spain and Britain had established colonies all over the world back when the US was just an infant.

By the time the US became wealthy and powerful, the Age of Imperialism was over– all the exotic foreign lands had already been claimed.

So, in 1898, the US decided if it couldn’t establish its own colonies, it would take them from somebody else…

A US naval ship called the Maine was miraculously sunk off the coast of Cuba on February 15, 1898. The US immediately blamed Spain, and declared war two months later on April 25th.

Spain had no desire to go to war… and was flummoxed at the accusation. They claimed they had nothing to do with the Maine’s sinking and had no possible reason to attack.

More importantly, by the late 1800s, Spain was broke and losing control of its colonies– an empire in decline. That made Spain the perfect target.

The US, on the other hand, was so prosperous and flush with cash, it simply wrote a check to fund the war (oh how times have changed).

And in less than three years, the remains of the Spanish Empire were virtually disassembled, and the US took possession of several colonies including the Philippines… and Puerto Rico.

Puerto Rico has remained a US territory ever since… going on 120 years.

Now, there a few differences between a US territory and a state.

First of all, Puerto Ricans are US citizens with US passports. And they use the US dollar as currency.

Traveling to/from Puerto Rico from the US mainland is no different than traveling from Texas to Oklahoma.

(My lawyer is down here visiting me today from New York, in fact– it’s just a domestic flight from JFK on Jet Blue.)

But, in other way, Puerto Rico is separate from the United States. Taxes are a great example– Puerto Rico has a completely different tax system that is disconnected from the IRS.

So if you’re a Puerto Rican resident earning your income in Puerto Rico, you no longer have to pay US state or federal tax.

Puerto Rico is also different because residents of the territory can’t vote in the US general presidential election.

So, essentially, Puerto Ricans are subject to US federal laws without participating in the election process.

This bugs a lot of locals… and over the past several decades there have been a number of movements to try to make Puerto Rico the 51st state.

The most recent of these movements was launched again last week by Puerto Rico’s governor, who used the one-year anniversary of Hurricane Maria destroying the island to demand that Congress consider statehood for Puerto Rico.

The governor says Puerto Ricans have been treated like “second-class citizens,” and he’s questioning how the US can preach democracy and freedom around the world with this two-tier citizenship structure.

If that happened, then the US federal government would have to do the same with its other territories– Guam, Northern Mariana Islands, US Virgin Islands, American Samoa… so there would end up being FIVE new states.

Adding five new states to the US would be so painfully time consuming and suck up so many government resources, it would make the UK’s “brexit” departure from the European Union look like a cakewalk.

And the federal government definitely doesn’t want this.

My guess is that the local government here is just trying to kick up a bunch of noise and threats, hoping to get Congress to cough up billions of dollars in economic aid for last year’s hurricane relief (in the same way that other states would receive disaster relief).

I can’t imagine anyone would really want statehood for the sole benefit of being able to vote for President.

If so, they really haven’t thought it through.

Puerto Ricans currently pay tax as high as 33% (though they’re looking to cut this). But if they became a state, they’d have to add another 37% in US federal income tax.

Imagine– paying SEVENTY PERCENT TAX just to be able to choose between a buffoon and a sociopath in an election where your vote doesn’t even really count.

Hardly seems worth the price of admission.

The island has definitely had its share of problems – a huge natural disaster, a financial crisis and a long-term economic depression that’s lasted for a decade.

And undoubtedly there are people here who think that statehood will solve all of those problems.

Not likely. It’s not like becoming a state will cause the skies to open and money to come pouring out like a summer rain.

The real growth potential here is in what the government has already been doing for the past few years– creating incredibly compelling incentives to attract talented people to the island.

The two most famous of those, Act 20 and Act 22, provide a tax rate as low as ZERO percent for investment income, and just FOUR percent for business income.

It’s one of the best deals in the world.

And in my travels here over the past few years, it’s becoming clear that those programs are working.

Foreigners are moving here. They’re starting businesses, spending money, and injecting much needed capital and talent into the economy.

Progress is still nascent, so there’s a lot more room to grow. But that also means there are still a ton of interesting opportunities that have yet to be explored.

As an example, I’m looking at a number of distressed real estate opportunities here, some of which are truly unbelievable. In some instances even the Catholic Church itself is being forced to auction off property.

Most of the time when countries end up in dire economic straits like Puerto Rico is in, governments simply resort to the old playbook of plundering the wealth of its citizens.

Here they went with the opposite approach– slashing taxes (initially for foreigners, and now they’re working on the same for local residents), and cutting regulation.

So for people with talent and vision (and you don’t even have to be a US citizen to benefit) this place definitely has a lot to offer.