FUBAR II: China must import more water than the US imports oil 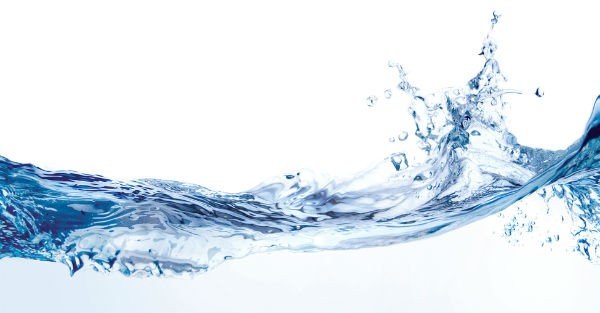 In one of the most comprehensive studies ever conducted of China’s bubblicious property market, Professor Gan Li at Texas A&M University estimates that there are a whopping 49 million vacant homes in China right now.

As a percentage, this is twice the vacancy rate that the US housing market experienced at the peak of its recent bubble… suggesting that China has a rather painful housing collapse in store.

This should be a brutal blow to the economy given that housing comprised 15% of GDP last year. And the slowdown is already apparent.

In fact, China’s president Xi Jinping uncharacteristically announced a ‘new normal’ recently, declaring the heady days of 10% GDP growth to be over. His vision of China is moderate growth and less stimulus.

But I’ve identified a far greater problem for China… one that few people are talking about. And frankly I’m not sure they can fix it.

We discussed yesterday that China does not have the capacity to feed itself. By the estimates of one state official, the country’s agricultural imports require more land to grow than the entire land mass of California.

The reasons are simple. For one, China doesn’t have enough fertile land in production to support its population’s growing food demand.

Theoretically this is fixable. With a bit of time, patience, and technology, barren soil can be rehabilitated In other words, China doesn’t have enough enough productive land capacity to support its population.

But the far greater issue is China’s massive freshwater deficiency.

Chief Economist Qian Keming of China’s Agriculture Ministry summed it up by telling the audience at the Third China International Agribusiness Forum:

“Fresh water resources are only 2100 cubic meters per capita, which is only 28% of the world’s average level.”

Water is THE critical resource in agriculture. Without it, you’re not producing. This makes China’s deficiency a long-term headwind to their food production dilemma.

It’s not something they can import their way out of either, because all of this comes at a time of flat (and even declining) yields, particularly from the world’s largest food exporter… which just happens to be the United States of America.

After decades of growth, grain yields in the US have topped out. Farmers have managed to extract all that the earth is capable of providing.

Many developing markets are no help either. Most people don’t realize that Africa, despite its legendary agricultural potential, is actually a net importer of food.

So between the supply constraints and the constantly growing demand, it’s clear where this trend is going.

The BEST possible scenario to unfold is rising food prices. The worst case could be shortages.

All of this is potentially destabilizing. History shows that while human beings will put up with a lot of sacrifices at the behest of their governments, starvation is not one of them.

This approaching ‘food crunch’ is the reason why agriculture is THE investment for the next decade and beyond.

But more importantly, it’s another gigantic nail in the coffin for the status quo. And there are plenty more.

Nearly every ‘developed’ western nation is bankrupt. Most major central banks are insolvent… and they’ve created bubbles everywhere. The century-old monetary experiment is starting to draw to a hasty, inevitable conclusion.

Meanwhile apathy is at high tide. You can see it in voting booths and streetside revolutions around the world– people are sick and tired of the status quo… of thieving politicians… of war… of getting spied on… of being told what they can/cannot put in their bodies.

They’re finally now starting to wake up and demand real changes– not just changing the players in charge, but changing the game itself.

Politicians will fight with every resource they have to maintain the status quo. But in conjunction with the fundamentals of food, the confluence of all these forces together is more than any system can possibly withstand.