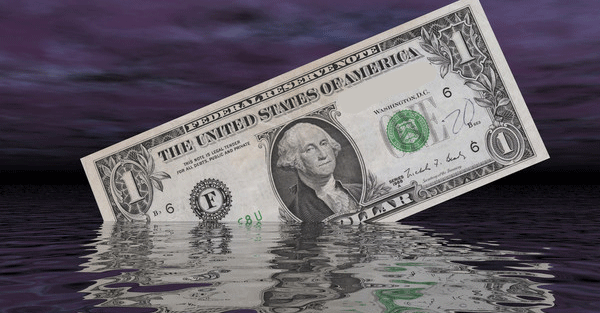 According to Jacques Necker, everything was just fine.

Necker’s report showed that, despite extraordinary public services and military spending, France had a net credit position of +10 million livres.

In other words, the country was in perfect fiscal health.

It turns out that Necker had cooked the books.

Rather than being 10 million on the positive side, France had racked up 520 million livres worth of debt and could no longer afford to pay interest.

They explored the world and expanded their empire. They engaged in almost constant military conquest in far-away lands.

This all came at great cost. But it never seemed to matter.

The French government knew they were the world’s dominant superpower, and they overspent their national income as if it were their divine privilege to do so.

As William Olphus describes in his book Immoderate Greatness: Why Civilizations Fail, the French “tended to see the natural world as cornucopian– that is, as a banquet on which they were free to gorge without limit.”

Nearly all superpowers see the world in this way. ‘We’re #1 therefore we no longer have to be fiscally prudent.’

Sir John Glubb, having seen his own British Empire fade as the world’s superpower throughout the 20th century, wrote The Fate of Empires in 1978.

Glubb argues that great civilizations start with an Age of Pioneers– those who work hard and build wealth.

It then progress rapidly through an Age of Commercial Expansion, Affluence, and Intellect, before decaying in an Age of Decadence in which the entire society feels entitled to a level of wealth that they neither earned nor can longer afford.

Even when faced with obvious fiscal realities, they make no changes.

Only when a crisis erupts does the society demand action. And of course, at that point, it’s too late.

Such was the case of France in the late 1700s– a situation so desperate that the finance minister resorted to all-out lies in order to conceal their true condition.

Most of the West is in this position today– summed up by Jean-Claude Junker’s (former President of the European Council) explanation of the Greek debt crisis in 2011: “When it gets serious, you have to lie.”

Over in the United States, the Congressional Budget Office (CBO) recently published its own projections for America’s grim public finances.

Bear in mind that US debt is already $19+ trillion and climbing. The CBO sees at least another $10 trillion in debt in the coming years, and projects that the US budget deficit will increase every single year.

The evidence is already so clear.

Overall mandatory outlays rose on average by 6.6%, three times faster than US GDP.

So essentially the US government’s spending growth is far outpacing US economic growth.

It doesn’t take a rocket scientist to see how dangerous this is.

Yet like nearly every major superpower before, the US government is completely oblivious to its own insolvency.

With each passing year as they ignore the problem, they only make things worse, and more unfixable.

This is no small matter. The terminal fiscal decline of the world’s most dominant superpower is one of the biggest trends of our time.

You see, this isn’t some wild conspiracy theory, or an opaque idea that could take decades to play out.

The CBO is telling us how deep the fiscal consequences are just over the next several years.

This comes on the heels of the recently-published Social Security annual report, which shows that the entire program is rapidly running out of money.

And, of course, there are the US Treasury’s annual financial statements, which already state that the US government is bankrupt… today.

There are basically two ways to look at this–

First, is what most people are going to do. Nothing.

They’ll kick the can down the road like everyone else and cling to the phony belief that everything will be OK because ‘Merica is the #1 country in the world and the government will fix it.

Maybe it’s not such a wonderful idea for a government to be completely bankrupt, and to become even more bankrupt with each passing year.

And that maybe there might be some consequences on the day that reality catches up, whether that day is tomorrow or years in the future.

We can already see many of these consequences today.

Civil Asset Forfeiture (government confiscation of private property at gunpoint without due process) is at alarming levels.

Capital controls are rising around the world. There’s strong talk of banning physical cash, and even wealth taxes.

These aren’t things that fiscally strong, solvent governments do. And they tend to get worse as their conditions deteriorate.

In light of so much obvious data, are you really willing to bet everything that your politicians can fix the unfixable?