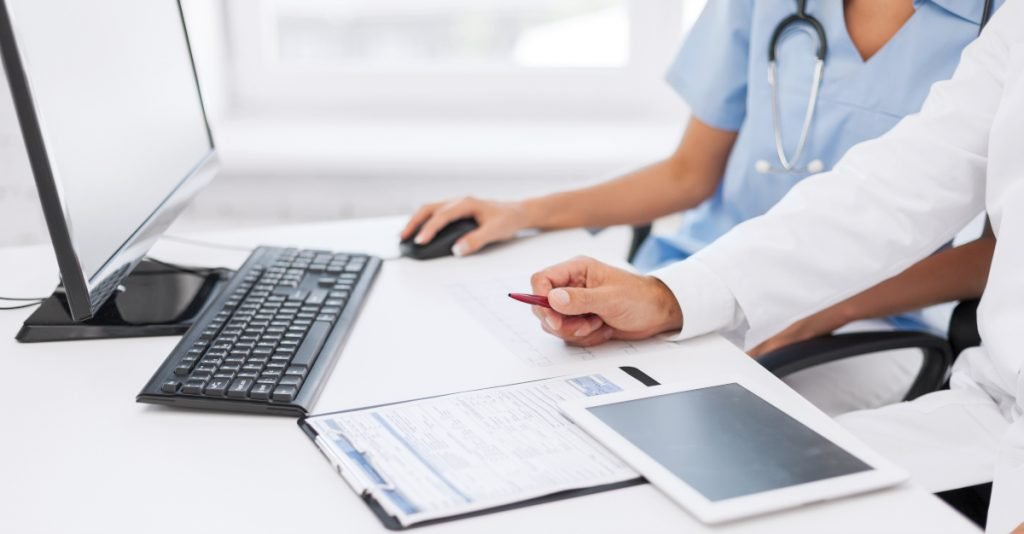 Between 1956 and 1960, 600 doctors annually emigrated from the UK to find employment in the US, Australia, New Zealand, and other countries.

At the time, the UK was graduating about 1,800 doctors annually— meaning about a third of new doctors were leaving the county.

A 1962 paper published in the British Medical Journal tried to explain this trend:

“A possible explanation of the phenomenon is that practice in the National Health Service is relatively unattractive to young doctors economically, professionally, and idealistically.”

The number of British doctors leaving to practice abroad increased sharply in 1946, after the UK implemented its socialized healthcare system.

Even today the UK is still dealing with overworked and underpaid doctors who quit the NHS to find greener pastures abroad.

In fact a 2016 survey from the British Medical Association found that 90% of junior doctors would be willing to quit over a pay dispute with the government.

To fill the gap, the UK relies on foreign-born doctors. Over 28% of NHS doctors are not of British nationality. But even still the system is short-staffed by about 100,000 positions.

Because of these failures, as of April, about 4.7 million patients in the UK were sitting on wait-lists until the NHS can get around to treating them.

Now the US is trying to one-up the UK by engineering an even bigger shortage of healthcare professionals.

New York’s governor has already declared a State of Emergency due to hospital worker shortages, because tens of thousands were fired for refusing to take the [unmentionable word that starts with a ‘V’].

One hospital had to stop delivering babies because they lost too many healthcare workers in their maternity ward.

Now that Hunter Biden’s dad has issued a national order, this problem is only going to intensify.

Healthcare professionals who choose to make their own personal health decisions— the same people who were celebrated last year a front-line heroes— are now being fired or forced to resign because of this mandate.

But the potential to drive good doctors and nurses out of the US healthcare system goes far beyond executive orders.

Doctors have been threatened with license revocation if they spread “misinformation,” which the Federation of State Medical Boards defines as anything that doesn’t align with the “consensus-driven” narrative about public health.

Physicians with a different view, including those armed with hard science, empirical evidence, and randomized control trials, are being threatened with cancellation.

Doctors have lost their jobs for speaking out against giving children life-altering, irreversible puberty blockers because an 8-year old thinks they’re transgender.

Yale School of Medicine had no qualms inviting a lecturer to deliver a talk on, “The Psychopathic Problem of the White Mind.” During the lecture, she expressed “fantasies of unloading a revolver into the head of any white person that got in my way.”

This is apparently an acceptable, “consensus-driven” view.

It really makes you wonder how long all of the good, sane doctors who just want to help patients are going to stick around and put up with it all.

These trends have long term consequences, and this is just another example of the systemic issues that are pushing America into decline.

This is why we encourage our readers to look globally for solutions.

I had my baby in Mexico, for example, because of the high quality of the care that we received, and the incredibly low price that I paid.

(Mexico is among many other ‘medical tourism’ destinations, where you can find high quality care at a fraction of the price.)

The best part is that you are dealing with an actual free market for healthcare— as in, you, the customer, gets to “demand” the type of service you want, and companies are free to supply it.

Mexico also has the added Plan B benefit of jus soli, or birthright citizenship.

So my daughter became a Mexican citizen at birth, and she already has multiple passports.

Parents are granted permanent residency, and allowed a fast-track to Mexican citizenship in just two years instead of the typical five.

Even the baby’s grandparents can obtain permanent residency in Mexico because of their grandchild.

Doctors too might consider looking beyond their home country if they would rather practice in a more free-market system, where they can actually do their job instead of play politics.

Medical licensing can obviously be complicated. But I know a great many physicians who legally set up healthcare consultancies overseas, including a few here in Puerto Rico who take advantage of the local tax incentives and pay just 4% tax.

It just makes sense to consider your options, and expand your horizons abroad, when the alarm bells start ringing in your home country.