The CDC: Giving your freedom back as if it were theirs to take away to begin with… 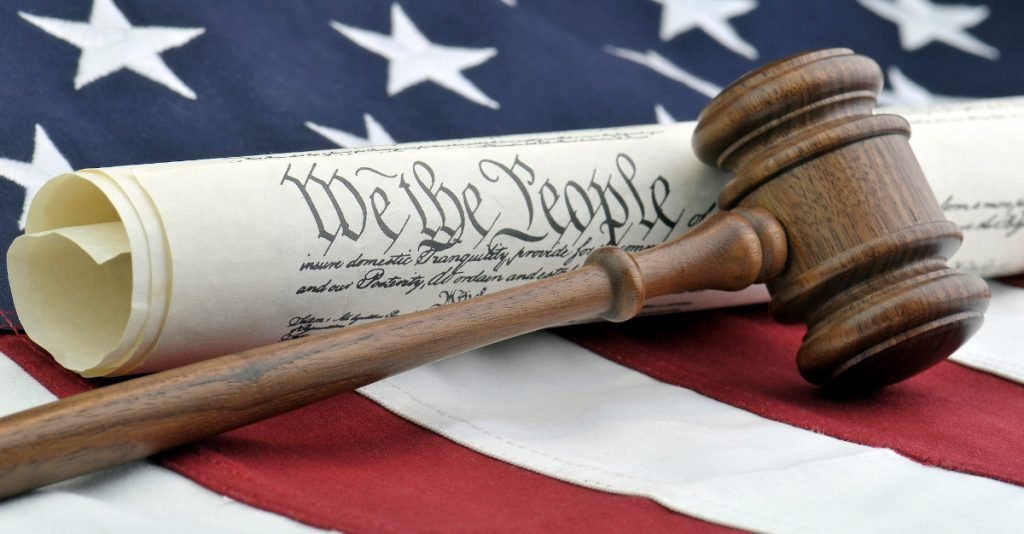 You’ve almost certainly heard the news that the CDC in the Land of the Free has now decided that fully vaccinated people don’t need to wear a mask anymore.

The rule is now simple: get vaccinated or wear a mask until you do. The choice is yours.

Really? So freedom in the United States today is a choice between an unconstitutional mask mandate, and vaccine that has only been approved under emergency authority by the FDA.

It’s even more extraordinary what this false choice really demonstrates.

Notice that they only care if people have been “fully vaccinated”. That’s the only criterion.

This is interesting because CDC guidelines on what constitutes “fully vaccinated” include “COVID-19 vaccines that have been authorized for emergency use by the World Health Organization.”

And, surprise surprise, the WHO has already approved a far less effective Chinese vaccine, with another scheduled for imminent approval.

So the CDC doesn’t care if you take the crappiest Chinese vaccine in existence. They don’t care if you’ve already had COVID-19 and your blood is teeming with antibodies.

The criterion isn’t whether or not you’re actually immune. No. All they care about is that you fell in line and subordinated yourself to their authority.

And if you were a good little citizen, they’ll give you a little bit of your freedom back… as if it were theirs to take away to begin with.

Wrist bands with QR codes to prove you are vaccinated

On that note, one tech company has come out with a product that allows you to wear your virtue signaling on your wrist.

Now you can have your Covid-19 vaccination proof uploaded and available online when the QR code on your bracelet is scanned.

According to multiple whistle-blowers from inside the company, Disney has been using diversity training based on Critical Race Theory over the past year.

Employees are told things like timeliness, individualism, and competition “perpetuate white supremacy culture,” as does a desire “to treat everyone the same.”

For training and discussion, employees are segregated into separate but equal “affinity groups” where other races are not welcome.

They are told that the correct opinion is to stop focusing on “equality of opportunity” and instead support “equality of outcome.”

One training handout claims “even babies discriminate” and that by age four, white children become “strongly biased in favor whiteness”.

Now Hubbard is getting ready to be the first trans athlete to compete in female weightlifting at the Tokyo Olympics. That’s because the International Weightlifting Federation changed the rules to allow anyone identifying as a women to compete, as long as their testosterone levels are below a certain limit.

Of course Hubbard, who is 43 years old, still benefited from the normal male levels of testosterone and other hormones during and after puberty.

But according to a former female Olympic weightlifter, athletes are being told to shut up if they complain about the unfairness of allowing Hubbard to compete.

Apparently they are supposed to allow women’s sports to be eradicated in the name of wokeness.

No one is safe from the cancel machine

At 16 years old, Caleb Kennedy was the youngest ever finalist on American Idol— which is apparently still on the air.

But this week he was forced to resign from the show over a three second video he posted on Snapchat when he was twelve years old.

The big controversy— Caleb was sitting next to a friend who was wearing a white hood.

According to the kid’s mother it wasn’t a KKK hood— the boys had just watched a horror movie and the hood was meant to resemble one of the character.

So a teenager will be punished for something his friend did when they were twelve. JUSTICE PREVAILS!

In the UK, Labour is the party of the woke mob. They have made it into our Friday round-ups in the past for trying to ban homeschooling, and force landlords to sell homes to their tenants for less than market rates.

The party already lost big last election cycle when it was headed by Jeremy Corbyn— who Piers Morgan describes as “Alexandria Ocasio-Cortez with a beard.” (You know it’s bad when Piers Morgan is the voice of reason among the political left.)

Now the Labour Party has lost a slew of local elections in the UK, after running on a woke, virtue signaling, victimhood agenda.

The biggest death blow came in a town in the UK called Hartelpool which has elected Labour Members of Parliament since 1974.

But when the votes were tallied, the Conservative Party candidate took nearly 52% of the vote, to Labour’s 28.7%.

It’s a bit of good news— the woke mobsters are their own worst enemy.