Gold is making a dramatic comeback in the financial system 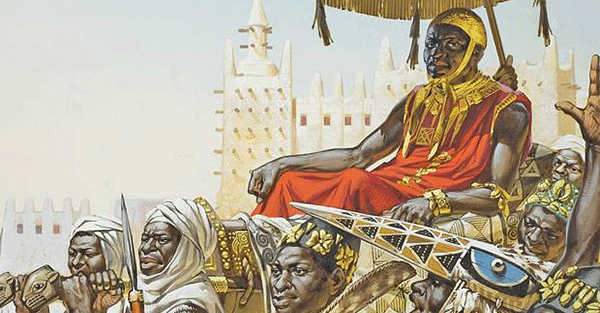 In 1324, Mansa Musa, the tenth emperor of the Mali Empire, set off from Western Africa on his pilgrimage to Mecca.

This was no Spartan journey. He was accompanied on his way by a procession of 60,000 men and 12,000 slaves, each of whom carried up to four pounds in gold bars.

Musa is might just have been the richest person of all time, with an accumulated wealth estimated at $400 billion valued in today’s increasingly worthless dollars.

But it wasn’t just kings and emperors who held gold. Gold has been the most widely-used medium of exchange in world history… across all points of the globe.

Ibn Battuta was a 14th century traveler and explorer whose famous grand adventure spanned 75,000 miles over the course of 24 years, much like Marco Polo’s.

This barbarous relic has stood the test of time across cultures around the world for millennia as a form of wealth.

Most people in the West have completely lost sight of this.

They view the value of gold through the lens of paper currency, i.e. an ounce of gold is ‘worth’ 1,215 US dollars.

This is a deeply flawed perspective.

Einstein might say that it’s all relative, but only one has any real stability.

But perspectives can and do change.

There once was a time when most people believed that the entire universe revolved around the Earth.

This was a flawed (and arrogant) view, and it was eventually corrected.

Thinking that the global economy revolves around the US dollar is just as flawed and arrogant. And it will soon be discredited just the same.

History tells us that dominant monetary systems invariably have an expiration date.

From the Byzantine solidus to the British pound, this is especially true when a superpower enters into decline and plays destructive games with its currency.

Today’s system where an unelected central banking elite conjures trillions of dollars and euros out of thin air is no different. It has an expiration date too.

Change is never easy. People don’t like it, and will resist change even if their current situations are terrible. Inertia is the most powerful force in the universe after all.

Desirable or not, it’s happening. The US dollar’s days are numbered.

Now, gold, with its millennia-long history is making a comeback. We’re not just talking about it as a store of wealth or a speculation, but as a regular form of currency.

Moving us back in this direction, Singapore Exchange launched a new arrangement this week where institutional-sized gold contracts will settled not in cash, but in 1kg bars of gold.

This means that each of these contracts is intended to deliver and store gold in Singapore on behalf of large financial institutions, central banks, and even governments.

Sure, Singapore wants to advance itself as THE gold hub of Asia. We’ve been writing to our premium members about this for years

But more importantly, it’s quite telling that major insiders within the financial system itself are pursuing this contract.

They’re effectively setting up a new system, in Asia, to afford governments and central bankers the opportunity to trade in their US dollars for something real.

Just like yesterday’s post about the renminbi/euro convertibility, this is truly a canary in the coalmine moment for the future of the US dollar… as well as gold’s emerging role in the financial system of tomorrow.