Here are all the ways inflation is happening today 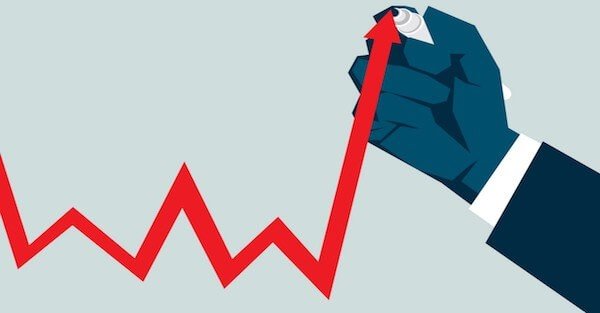 When stocks fell from their September highs, you would have expected investors to run for cover in the world’s safe-haven asset – US Treasurys.

But that’s not what happened.

While stocks were plunging, Treasurys also fell. Yields on 30-year Treasurys increased to 3.4% from 3.22% (and yields have already more than doubled from their 2016 lows).

It’s a sign that the market is worried about the US government’s ability to pay its exploding debts and that inflation is creeping back into the market. That makes me a bit nervous because we haven’t seen inflation in a decade.

We’ve seen an increase in oil prices, food prices, rent and many other things that eat into people’s savings. Unemployment is low and US wages increased 3.1% in September (the highest in nine years). And core inflation is already running above the Fed’s target of 2%.

In general, inflation is nothing to panic about. The Fed is supposed to raise rates when inflation heats up, which it’s been doing.

The entire financial system has been dependent on super low rates for the past ten years. The Fed held rates at zero for a decade and printed trillions of dollars.

The increase in prices and interest rates to date is only the beginning.

Food companies like Coca-Cola, Mondelez, Hershey and Kellogg are all raising prices as both ingredient and transportation costs increase. Kellogg’s CEO recently said in an interview, “We think 2019 will be more inflationary than we have seen historically since the recession.”

McDonald’s and Chili’s both raised prices.

Airlines are paying 40% more for jet fuel than they were a year ago.

Manufacturing companies are paying 8% more for aluminum and 38% more for steel than a year ago… and they’re dealing with a 10% tariff on Chinese goods.

Paint company Sherwin-Williams increased prices in its stores as much as 6% last month, with the CEO saying “Raw material inflation has been unrelenting and accelerating.”

Even Apple is falling victim to inflation. The company raised prices on its new MacBook Air and iPad Pro by 20% and 25%, respectively.

Companies are passing along price increases to you, the consumer. And that makes it harder for you to “tread water” financially.

The Fed will have to further boost interest rates in reaction to this inflation.

But it’s raising rates while the US government is running trillion-dollar deficits into perpetuity. And now it will have to pay more interest on that debt (which it already can’t afford).

The world hasn’t seen inflation in a decade now. But it’s coming. And while the Fed is raising rates to combat inflation, there’s zero chance it hits the perfect mix to keep markets chugging along.

And I think there’s more pain ahead as inflation really starts to work its way into the economy.

With inflation looming, I’d want to own some gold. I’m also happy waiting it out in 28-day Treasury bills, so I’m liquid when buying opportunities arise.

And next week, I’ll share another interesting asset you can hold to combat inflation (something that’s trading close to its post-crisis lows).