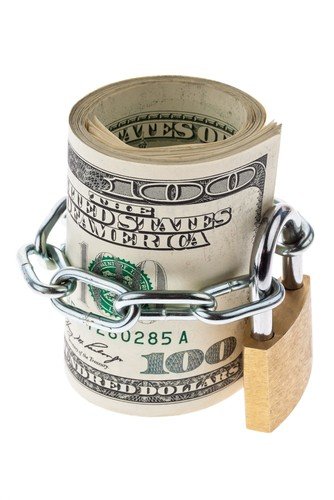 As the saying goes, ‘desperate times call for desperate measures.’

The phrase is bandied about so frequently, it’s generally accepted truth. But I have to tell you that I fundamentally disagree with the premise.

Desperate times, in fact, call for a complete reset in the way people think. Desperate times call for the most intelligent, effective, least destructive measures. But these sayings aren’t as catchy.

This old adage has become a crutch– a way for policymakers to rationalize the idiotic measures they’ve put in place:

But hey… desperate times call for desperate measures. I guess we’re all just supposed to be OK with that.

One of those desperate measures that’s been coming up a lot lately is the re-re-re-introduction of capital controls.

It started in late 2012, when both the European Central Bank and the International Monetary Fund seperately endorsed the use of capital controls.

For the IMF, it was a staunch reversal of its previous position, and Paul Krugman lauded the agency’s “surprising intellectual flexibility” a few days later.

The IMF then followed up in 2013 with another little ditty proposing a global wealth tax. The good idea factory is clearly working ’round the clock over there.

In a speech to the American Economic Association earlier this month, the pair suggested that rich economies may need to resort to the tactics generally reserved for emerging markets.

This is code for financial repression and capital controls.

But for politicians, capital controls are hugely beneficial; once they trap funds within their borders, the money can be easily taxed, confiscated, or inflated.

Does any of this sound familiar? It’s no surprise that policymakers have once again turned to this ‘desperate measure’. They’re already here.

I’ve been writing for years that capital controls are a foregone conclusion. This is no longer theory or conjecture. It’s happening. And every bit of objective evidence suggests that the march towards capital controls will quicken.

This is a HUGE reason to consider holding a portion of your savings overseas in a strong, stable foreign bank where your home government won’t as easily be able to trap your savings.

Other options including storing physical gold (even anonymously) at an overseas depository. Or if you’re inclined and tech savvy, you can also own digital currency.

But perhaps the best way to move some capital abroad is to own foreign real estate, especially productive land.

Foreign real estate is not reportable. It’s a great store of value. It generates both financial profits and personal resilience. It’s a LOT harder to forcibly repatriate. And it ensures that you always have a place to go in case you need to get out of Dodge.

Even if nothing ‘bad’ ever happens, you won’t be worse off for owning productive land in a thriving economy.

Like I said– desperate times don’t call for desperate measures. More than ever, it’s time for a complete reset in the way we look at the most effective solutions. These options are certainly among them.