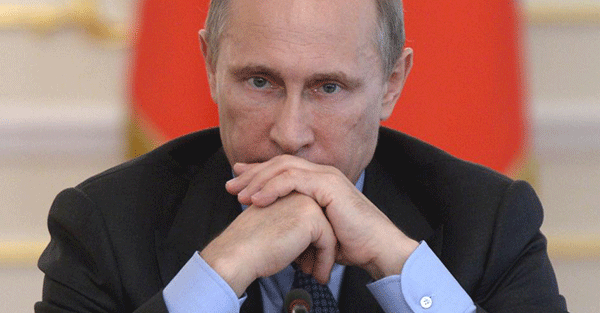 What if I told you that you could own a comfortable, newly constructed home with 11 acres of high quality land for less than $100,000?

It almost sounds too good to be true. But this is exactly the sort of deal that my team and I come across from time to time in Chile, and other parts of the world.

For this one property in particular, we’ve calculated the construction cost of the home at around $125,000.

So the owner is essentially selling the home for less than the cost of construction, and he’s throwing in 11 acres of highly productive farmland for free.

The land alone is worth $75,000. Plus there’s all sorts of other infrastructure on the property—wells, barns, etc.

Most rational people would probably agree that there’s clearly a lot of value here.

Similarly, on the other side of the planet, there’s a very profitable company that owns a portfolio of high quality, productive assets all over the world.

At this exact moment, the company is for sale. And it’s cheap.

Like the property in Chile, this company is selling for less than a third of what its assets are worth, and only a small multiple of its annual profits.

Again, seems like a no-brainer. And I think most rational people would agree this seems cheap and valuable.

But it’s funny how propaganda and emotion can distort otherwise rational analysis.

You see, the company I’m talking about is Gazprom. And everything I said about it is true.

Gazprom is the Russian oil and gas giant. And it does have productive assets all over the world. It does business in dozens of countries, generating billions in profit across a multitude of currencies.

Ordinarily this would seem like a no-brainer. Who wouldn’t want to buy a company when the shares are trading for a small fraction of the net asset value?

Who wouldn’t want to buy a property that’s selling for less than construction cost?

These two are essentially one and the same.

But the propaganda is so good, the entire market has come to despise anything and everything about Russia.

Now the rating agencies have weighed in.

You remember the rating agencies, right? These were the guys who totally missed the subprime crisis… the guys who slapped pristine, triple-A ratings on pools of mortgages lent to dead people.

The ones who think that the credit rating of the United States of America, the greatest debtor that has ever existed in the history of the world, is nearly flawless.

Now these same financial luminaries are telling us that a company selling for far less than its assets are worth is ‘junk’.

And for some reason, people actually believe them.

Even the US government got involved and started to convince big investors to dump Russian investments out of some bizarre patriotic duty.

(Weird, considering that buying up these productive assets would actually screw Vladimir Putin even more.)

It’s not just Gazprom either.

In fact, there are at least 34 individual companies in the United States, and dozens more in Europe and China, whose market values exceed ALL of the Russian companies in the RTS Russian stock index combined.

In other words, for the price of Facebook stock (which sells for NINE times its net asset value, and nearly SEVENTY times its earnings), you could own fifty productive Russian companies, almost all of which are selling for less than net asset value.

It’s in our nature as human beings to desire encouragement.

But in fact it should be the opposite. We should buy quality assets when they’re cheap and hated, and sell them when they’re expensive.

And right now, Russia is cheap and the US is expensive.

Legendary investor Jim Rogers often says that his preferred investment strategy is to simply wait until the money is just lying in the corner waiting to be picked up.

Just like being able to get 11 acres of high quality farmland for free, Russian companies are trying to give you their assets and profits.

All you have to do is be willing to ignore the mainstream financial media and idiotic rating agencies.