Here’s what happens when a central bank goes bust 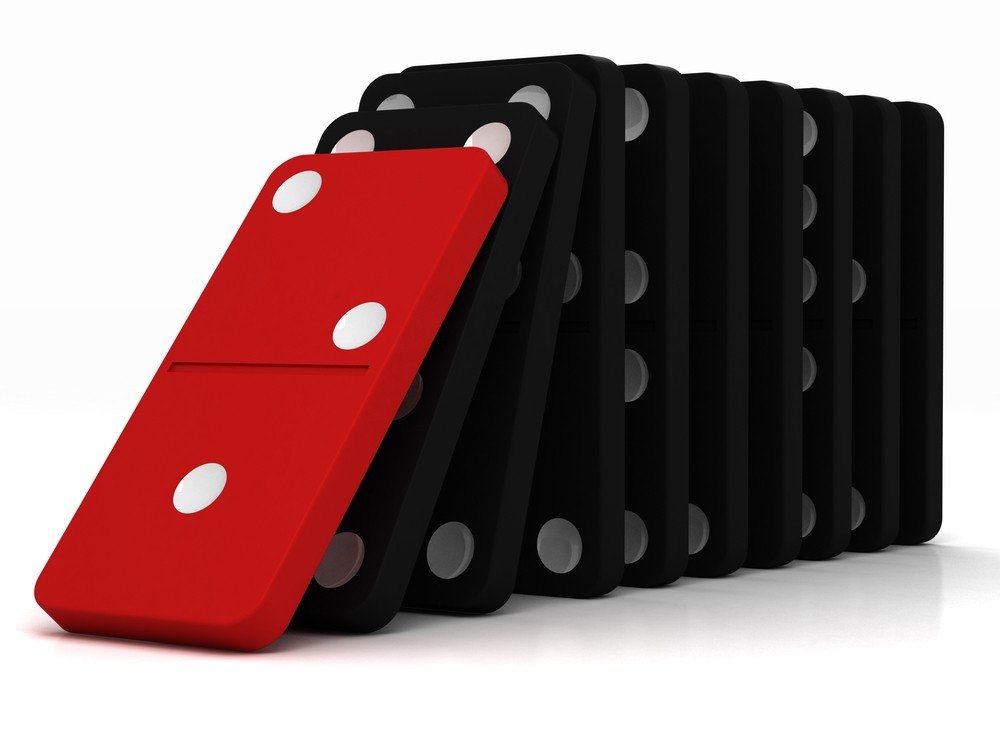 Over the past several decades, people around the world have become so brainwashed that few people really give much thought anymore to the safety of their currency.

It’s not something people really understand… there’s apparently some Wizard of Oz type figure at the top of the hill pulling all the levers of the monetary system. And we just trust them to be good guys.

This is partially true. Today’s financial system is dominated by central bankers who have been awarded nearly dictatorial control of global money supply.

In allowing them to set interest rates, they are able to control the ‘price’ of money, thus controlling the price of… everything.

This power rests primarily in the hands of four men who control roughly 75% of the entire world money supply:

Four guys. And they control the livelihoods of billions of people around the world.

So, how are they doing?

We could wax philosophically about the dangers of fiat currency. Or the dangers of the rapid expansion of their balance sheets. Or the profligacy of wanton debasement through quantitative easing.

But let’s just look at the numbers.

In theory, a central bank is like any other bank. It has income and expenses, assets and liabilities.

For a central bank, assets are typically securities or commodities which have value in the international marketplace, such as gold or US Treasuries.

Central bank liabilities are all the trillions of currency units floating around… dollars, euros, yen, etc.

The difference between assets and liabilities is the bank’s equity (or capital). And this is an important figure, because the higher the capital, the healthier the bank.

Lehman Brothers famously went under in 2008 because they had insufficient capital. They had assets of $691 billion, and equity of just $22 billion… about 3%.

This meant that if Lehman’s assets lost more than 3% of their value, the company wouldn’t have sufficient cushion, and they would go under.

This is exactly what happened. Their assets tanked and the company failed.

So let’s apply the same yardstick to central banks and see how ‘safe’ they really are:

Each of these major central banks in ‘rich’ Western countries is essentially at, or below, the level of capital that Lehman Brothers had when they went under.

What does this mean?

Think about Lehman again. When Lehman’s equity was wiped out, it caused a huge crisis. The company’s liabilities instantly lost value, and almost everyone who was a counterparty to Lehman Brothers lost a lot of money because the company could no longer pay its debts.

Accordingly, if the US Federal Reserve’s assets unexpectedly lose more than 1.5% of their value, the Fed’s equity would be wiped out. This means that any counterparty holding the Fed’s liabilities (i.e. Federal reserve notes) would lose.

Theoretically if a central bank becomes insolvent, it can be bailed out. It happened in Iceland a few years ago.

There’s just one problem with that thinking.

Iceland’s government wasn’t in debt at the time. So they were able to borrow money in order to bail out their central bank. Today the government is in debt over 100% of GDP, but the central bank is solvent.

But governments in the US, Europe, Japan, England, etc. are all too broke to bail out their central banks. These governments are already insolvent. So if the central bank becomes insolvent, there won’t be anyone to bail them out.

This is one of the strongest indicators of all that the financial system as we know it is finished. When central banks can no longer credibly issue liabilities, and their home government are too broke to bail them out, this paper currency standard can no longer function.

Such data really underscores the importance of owning real assets such as productive land and precious metals.

Given its nominal roller coaster ride lately, there has certainly been a lot of scrutiny and skepticism about gold.

But to paraphrase Tony Deden of Edelweiss Holdings, if you dispute the validity of gold as a hedge against declining fiat currency, that makes you, by default, a paper bug. Can you really afford to be confident in this system?

[To be continued on Monday… when I’ll give you some even more surprising numbers.]