How is Martin Sheen any different than Vladimir Putin? 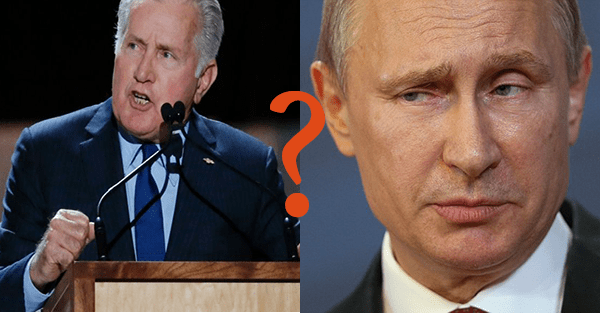 One of the quirks about being an expat in a faraway land is that, whenever something unusual happens in your home country, your local friends look to YOU for answers.

You become, by default, the de facto expert of your home country’s nuances.

Case in point: this weekend we had an intercompany Christmas party down here at the farm for two of the businesses that I run.

Then there’s the agricultural business that I co-founded in 2014; it’s one of the fastest growing companies in the industry, and we currently have around 350 employees, most of whom are Chilean.

Even though I’ve spent more than the last decade traveling to over 120 countries and living outside of the United States, I’m one of the only US citizens that these guys know.

So you can probably imagine that I’ve spent the last few months fielding their questions about Donald Trump and the US election.

Now the conversations has turned to the Electoral College, which meets today.

It’s difficult to explain to foreigners why the United States, which they perceive as the most advanced country in the world, still uses an electoral system that was designed in the 1780s.

It’s even more difficult to explain to foreigners why Hollywood celebrities are trying to interfere with America’s political process.

They score goals on the soccer field, date pop starlets, and engage in childish antics that make the cover of sports and entertainment magazines.

But nobody actually takes these people seriously.

Nor do the local celebrities have a self-righteous sense of entitlement to influence a national election. They stick to their TV shows and Gooooooooooooooals.

But a lot of my employees have seen this video of Hollywood celebrities trying to convince 37 “Electors” from the Electoral College to NOT vote for Donald Trump.

I don’t have a good answer to explain to a foreigner why Martin Sheen feels like he’s entitled to influence the outcome of the election– seemingly because he once played at President on television…?

It would be like Jane Seymour, who used to play Dr. Quinn Medicine Woman, feeling entitled to influence national healthcare legislation.

This isn’t about celebrities voicing an opinion; it’s about brazenly trying to manipulate the election.

Ironically, the media has slammed Russia and its President Vladimir Putin for allegedly trying to manipulate the election.

So if Russia messes with the political process to advance Donald Trump (as the official narrative goes), it’s evil.

Yet when Martin Sheen blatantly tries to manipulate the election against Donald Trump with a pathetic piece of propaganda, the New York Times is noticeably silent.

Look, it’s fair to debate the merits and drawbacks of the incoming President, as well as the anachronistic Electoral College system itself.

But in trying to manipulate the process, these celebrities and their media cohorts prove they’ve failed to understand anything that’s just happened.

People are sick and tired of self-righteous elites trying to control the system.

This is what voters have been viscerally rejecting.

It’s a big reason why Donald Trump was elected to begin with, why Brits voted for Brexit, and why Italians rejected constitutional reform.

They’ve had entitled, out of touch moral crusaders pushing them around for years.

These people act as if they’re taking up some honorable burden to make decisions on your behalf because you’re too stupid and infantile to make up your own mind.

It’s insulting. Voters are tired of it. And these whiny celebrity activists are just digging themselves deeper.