How to retire in style even with Social Security going broke 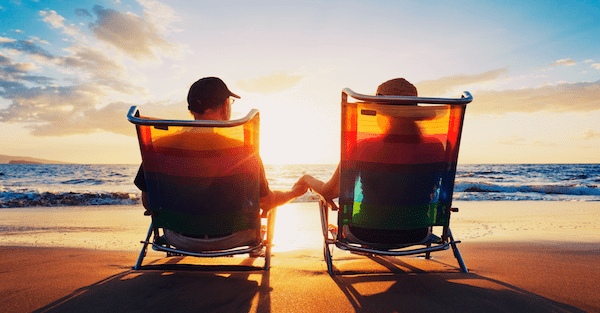 We’ve spent a lot of time in our regular conversations talking about the looming retirement crisis around the world.

The data is horrific. Pension and Social Security programs in nearly every developed nation are woefully underfunded.

More importantly, there simply aren’t enough workers in the work force to sustain the program over the long-term.

It’s something known as the ‘worker-to-retiree ratio’; essentially, Social Security requires a certain number of workers paying into the system for every retiree receiving benefits.

In 1960, for example, the ratio in the US was 5.1 workers paying into the system for each retiree receiving benefits.

Do the math– it just doesn’t add up.

Social Security tax in the US amounts to 12.4% of a worker’s salary. So when the financial burden of a single retiree’s benefits is paid by just 2.6 workers, the resulting tax revenue won’t be sufficient to pay benefits unless:

1) Taxes on those workers are dramatically increased, and/or

2) Benefits for retirees are slashed.

It will probably be a combination of the two.

Bottom line, the people who run this program are telling the entire world that Social Security will soon run out of money; and they’re publishing alarming statistics about the steep decline in the worker-to-retiree ratio.

This isn’t some wild conspiracy theory. These are facts coming from the government itself.

And given that most people probably hope to retire at some point in their lives, this REALLY matters.

It would be utterly foolish, in light of such objective information, to simply assume that the problem will resolve itself and Social Security will be just fine.

Are you really willing to bet your future livelihood that a bunch of short-sighted Congressmen are suddenly going to do what’s necessary for their constituents?

This problem is fixable. But it means taking matters into your own hands: You can’t fix Social Security. But you can ensure that your own retirement is funded.

This is even more important if you’re younger; anyone under the age of 40 ought to exclude Social Security altogether in his/her retirement calculus.

Now- here’s the good news: it’s easier than ever to generate extra income on the side.

I’m not suggesting you rush out and start driving for Uber tomorrow morning (though that is a perfectly legitimate way to earn some extra money).

But it’s worth exploring the literally hundreds of options, ranging from real estate services like AirBnb, HomeAway, and FlipKey, to gigs like Upwork and Elance, to e-commerce marketplaces like Amazon or eBay.

Amazon is actually a great example.

By investing a few weeks in your education, it’s possible to learn how to set up and manage a largely automated e-commerce store on Amazon.

It doesn’t need to earn millions of dollars. In fact, it’s better if the business is NOT super successful; you only really need to earn around $1,000 per month in order to reach your contribution limit to a specific retirement plan that I’ll tell you about in a minute.

And it’s entirely feasible to have a small store earning $500 to $1,000 per month without requiring a whole lot of ongoing time or work on your part.

(If Amazon’s not your thing, there are plenty of other ways to earn that kind of money in the Digital Age / Gig Economy.)

$1,000 per month might seem trivial. But it can really go a LONG way in securing your retirement.

That brings me to step 2 — Set up a better retirement structure.

It’s one thing to set aside more money for retirement. It’s entirely another to do so in a special, tax-advantaged vehicle.

For example, US Tax Code provides for a structure called a SIMPLE IRA, which stands for Savings Incentive Match Plan for Employees Individual Retirement Account.

A SIMPLE IRA allows people with self-employment income (like running an Amazon business or driving for Lyft) to put ALL of their net earnings, up to potentially $15,500 per year, in a tax-deferred retirement account.

Like all retirement plans, SIMPLE IRAs have certain rules and restrictions to qualify. For example, you must have earned at least $5,000 per year for at least two years in order to be eligible.

But if you have a long-term view, that’s a fairly low hurdle.

There are other alternatives like a SEP IRA and solo 401(k), which have different contribution criteria and qualification eligibility.

But the basic idea is to generate self-employment income through a gig or automated business, and dump as much of that income as possible into a robust retirement structure where the investment gains can grow on a tax-deferred basis.

And that brings me to Step 3– Become a better investor.

But if you’re able to boost your average annual investment return by just 1%… because you make smarter decisions and avoid major mistakes, you’ll have $1,144,133 when you retire.

It’s a difference of more than $160,000. Not exactly inconsequential.

If you’re looking for a place to get started, I’d strongly recommend Benjamin Graham’s classic book The Intelligent Investor and Seth Klarman’s Margin of Safety.

Again, the government is telling you Social Security is broke. And anyone depending on a pension for retirement is likewise going to get shafted.

By taking a few simple steps to put yourself in a position of strength, you can immediately start fixing this MASSIVE problem.