How two people from New York started over in Chile 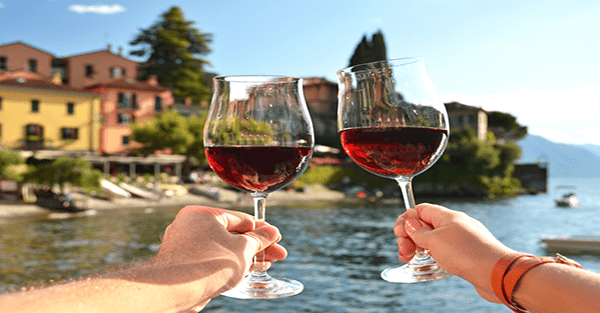 Yesterday on the drive back to Santiago from one of our blueberry farms, I stopped to visit some friends who lived in the area.

About a year ago they bought some land in Chile’s incredibly fertile 7th region, which boasts a rare Mediterranean climate.

As long as you’re in the right spot to ensure ample water security, the place is an agricultural paradise (our agriculture company owns two large farms in the region).

There are literally four other places on the planet with this combination– southern California, South Australia, the Western Cape of South Africa, and parts of the Mediterranean itself.

Yet by comparison to those other places, land in Chile is remarkably cheap.

Our agriculture company purchased several thousand acres in this prime region back in 2015 for about $1,700 per acre.

Similar property in California, especially given how much water we have, would easily sell for 10x to 20x that price.

My friends bought several acres of land for themselves as a sort of homestead, and they’re now living in a gorgeous setting surrounded by mountains and multiple rivers with cool, crystal clear water and a steady supply of fish.

They’re raising livestock and have a garden, plus I got them started with a gift of some baby trees which are already producing fruit in their first season.

It feels like lifetimes away from when they were living in New York City.

We were talking about it all yesterday, about how powerful it feels to be totally independent.

My friends purchased the land outright (again, land is inexpensive). Then they paid about $55,000 to build their home.

The house is quite nice– comfortably spacious with four bedrooms.

And it’s all wired up with the latest gadgetry and home automation, with all sorts of sensors to control appliances and conduct routine tasks.

So they now have a roof over their heads and plenty of land to do whatever they want, and they own it all outright… they don’t owe a penny on any of it.

They can feed themselves, they have their own water, and they can produce their own energy.

This is an extremely powerful feeling, knowing that, no matter what happens (or doesn’t happen), you’re always going be able to thrive.

And that’s precisely the point.

I’m not trying to convince you to rush out and buy some homestead property, or to leave the country.

(Though it doesn’t hurt to at least plant a small garden… or to look into your options to obtain a second residency or even passport.)

The larger idea is that, in the face of such obvious risks, rational people make plans and take steps that make sense no matter what happens.

My friends had concerns. They were living in New York before and didn’t like the trends they saw in their home country.

There was too much debt. Too much war. Too much money printing. Too many lies. Too much spying. Too much violence. Too much uncertainty.

They wanted to distance themselves from conditions that made them uncomfortable.

So they made a very deliberate plan and took steps that led them to where they are today– living in their own paradise. And they couldn’t be happier.

These guys aren’t hiding from the world. He’s still working in technology and she’s still producing art… exactly what they used to do.

They’re able to work from anywhere on the planet, including on their homestead in central Chile.

There’s no downside in them living in a place that makes them happy, working remotely, eating organic home-grown food, and not having any debt.

But if the risks they were concerned about turn into far bigger problems, their decision may end up being the best they ever made.

No matter what, they’re thriving.

You may share some of the same concerns that they had.

If so, it doesn’t mean you have to get on a plane.

But there are countless other steps you can take without having to leave your living room, to ensure that, no matter what happens next, you can thrive too.

For example, you can withdraw money out of a risky financial system, take some easy steps to enhance your digital privacy, or structure a more robust retirement plan that helps ensure you don’t have to rely on a failing pension system.

These are just a few of the dozens of solutions that you can execute yourself… and quite easily.

Most of us have been programmed, practically from birth, to outsource our problems.

When we see big trends and big risks, we’re told to go to a voting booth to elect someone who promises to solve all the problems.

Bullshit. We’re the ones who are in control of our own lives. We can fix our own system. We can create our own jobs.

Anyone can get started with a profitable e-commerce business with a very tiny investment.

Anyone can take steps to reduce their exposure to the enormous risks in the system, ranging from insolvent pension funds to unprecedented government debts.

Compared to our ancestors who had to slog it out with their bare hands, we have unparalleled resources and enormous, global opportunities at our fingertips.

All it takes to get started is the proper education, and the will to act.