Human civilization was built on this one simple premise. Now it’s broken. 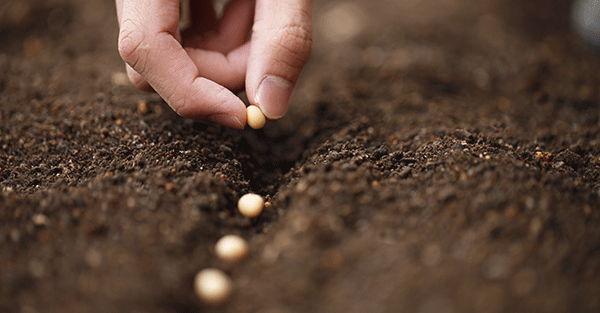 In the early days of human civilization during the time of hunter-gatherers, every day was a struggle.

Satisfying an empty stomach was the primary function of life. Thus, every waking moment was devoted to finding food.

Everyone was simply living from one kill and gather to the next.

This all changed however with the advent of organized agriculture. For the first time in human history, people didn’t have to worry about what they were going to eat all the time. They no longer had to move around constantly.

By cultivating land, human beings could suddenly reap a huge bounty once or twice a year.

Far less effort and risk were required for much greater returns. And people’s energy could be devoted to other things.

Large harvests meant an excess of food could be saved for later consumption. This was, in effect, the first time that humans experienced the concept of ‘savings’.

This ‘food savings’ enabled people to trade; they had excess capacity to barter for the goods they didn’t have. Productivity blossomed and economies prospered.

By then, just a few people working in agriculture could cover the sustenance needs of the whole society.

By trading with those in agriculture, the energies of the rest could be devoted to other pursuits—manufacturing, housing, clothing, recreation, to name just a few.

This is how civilization was able to develop and progress. In fact, everything we have today was made possible by the ability of our ancient ancestors to accumulate savings through agriculture.

It was based on one simple rule: produce more than you consume. This is the foundation of civilization.

Today we turned that completely upside-down. The ‘rich’ countries of today consume far more than they produce.
Governments act as if they can spend interminably without consequence, and they make up the difference by indebting future generations and having central banks print money.

This is a massive departure from our roots. Human beings are not meant to live to such excess.

This is just another indicator that the present debt-based, consumption-driven, paper money system is a major abnormality on a long historical timeline, and it goes against the core tenants of human civilization.

It seems clear that this is due for a change back to more conservative traditions. Even those in charge are recognizing this and taking steps to do something about it.

All over the world, foreign governments and central banks are starting to hold other currencies beyond the US dollar.

Wealthy producer nations are beginning to align themselves with one another and overtake bankrupt, consumptive, debtor nations.

This system is due for radical change; it’s already happening. It won’t reset itself overnight. But like going bankrupt, it’ll roll out gradually, then suddenly.

This makes conventional paper assets far riskier than they appear.

Like our ancient ancestors, the best investment right now are real assets like productive land and profitable operating businesses… not paper claims on the empty promises of government.