I hate it here. But I love it here. 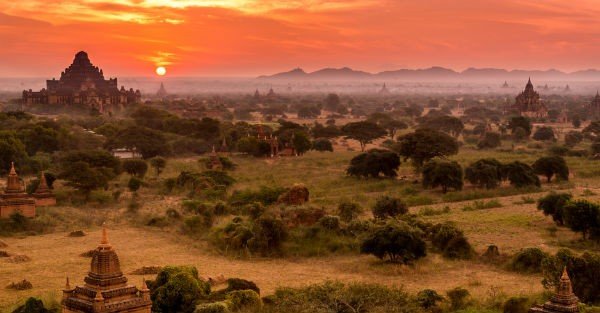 When I was a kid, I had a 4800 baud modem. At the time, it was about the most whiz-bang rockin’ modem on the street, and everyone would coo over its blinding speed.

If you’ve never heard the term ‘baud’ (i.e. you’re under 25 and have never known a day without Internet), it refers to the old way of clocking data transmission before they started using the more common tongue of ‘bits (or Megabits) per second’.

To give you a comparison, my 4800 baud modem would have taken over an hour to download a simple music file that can now be live-streamed from a mobile phone.

I bring this up not for the nostalgic trip down technology’s memory lane… but out of envy.

Because right about now after my 43rd explitive-laced tirade since the start of the weekend, I’m really longing for my old modem.

That’s because the Internet quality in Myanmar is absurdly, pathetically slow.

I don’t mean “Oh, snap, I can’t stream 4 Youtube videos and have a Skype call at the same time” slow.

I’m talking Usain Bolt vs. Tortoise slow. I’m talking paint-drying slow. I’m quite certain the Mars Rover can upload images to Houston faster that I can check my email.

Bandwidth is a precious resource here. They just don’t have it.

People with political connections are given the fastest bandwidth. And what few breadcrumbs remain is largely unaffordable to most of the population.

If you’re lucky enough to get home Internet service, it can run $1,000+ just for installation. And the monthly fee can be several hundred dollars to boot.

This, coming from a place where the average wage is less than $100/month.

Along with just about everything else in Myanmar, it’s truly third world (as outdated as that 1950s era term may be).

Actually that’s generous. Myanmar has some catching up to do before it reaches third world status. It’s realistically ‘fourth world’.

But here’s the thing– and this is important: last time I was here, Myanmar was in even worse shape, even less developed. Let’s say ‘fifth world’.

It’s been less than a year. And yet there’s been a marked improvement.

Roads are paved that once weren’t. Buildings are complete that didn’t exist… with actual honest to goodness tenants doing real business. New business.

More people have mobile phones than before. And more people than ever are having their first taste of this ridiculously slow Internet.

Mr. Zuckerberg has picked up over a million locals in the last year.

There are even folks engaging in a prehistoric version of e-commerce business.

This is real growth; it’s not the result of some debt-fueled consumer binge. (You know, the thing that keeps the US economy on life support).

There’s not even a functioning consumer credit system in Myanmar. Hell, there was hardly a working ATM twelve months ago.

This is good old fashioned GDP growth based on the investment of a pool of savings (mostly foreign investment) in vast enhancements of productivity and infrastructure.

Myanmar hit rock bottom back in the 1960s and spent the next several decades rattling around as an impoverished mess. No doubt, they have a long, hard slog back up the mountain, just to catch up with a place like Cambodia.

But it’s going to be a spectacular climb. And over the next decades, I suspect it will potentially even rival China’s meteoric rise.

It’s one of the last places on earth with that kind of potential. Just be sure to bring you modem.