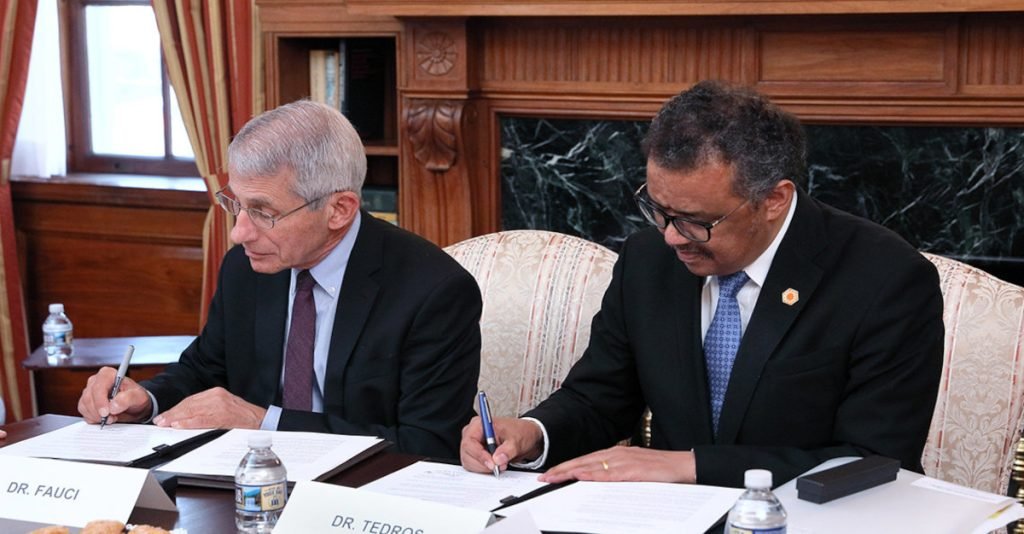 In the year 1445 in the Spanish city of Valencia, a 14-year old boy named Rodrigo started his first job as the ‘sacristan’ of the local cathedral.

Becoming sacristan was a pretty big responsibility, especially for a kid; Rodrigo was basically put in charge of the cathedral’s books, records, and high-value assets. But this was no ordinary 14-year old boy.

Rodrigo was a member of the prominent Borgia family, which was something like the Clinton family of the 15th century. So, unsurprisingly, young Rodrigo quickly rose through the ranks of the church.

In 1455, when Rodrigo was 24 years old, his uncle Alonso became Pope Callixtus III. Almost immediately after, Rodrigo was appointed Bishop of Valenica, then Cardinal, then Vice-Chancellor of the entire Catholic Church.

He held that position for more than three decades, during which time he plundered his office for personal gain.

Rodrigo’s corruption was so legendary, in fact, that his surname (Borgia) became synonymous in the Italian language for graft, nepotism, and moral degeneracy.

He handed out offices to his corrupt family members, blackmailed his opponents, and even used the Papal Army to suppress his enemies.

What’s more, everybody knew it. Rodrigo Borgia didn’t even bother hiding transgressions… he was a known criminal.

But it didn’t matter. He had acquired so much power that, when Pope Innocent VIII died exactly 530 years ago today on July 25, 1492, the College of Cardinals chose Rodrigo Borgia to be the new pope.

When news spread that the corrupt Rodrigo Borgia was the new pope, people were utterly disgusted.

This was a time when trust and confidence in the Catholic Church was rapidly eroding. Rodrigo Borgia (now known as Pope Alexander VI) was just one example of a larger problem within the church.

Church officials everywhere sold offices, stole money, and hypocritically violated the very commandments that they preached to their followers.

People knew it. They weren’t stupid. They knew their ‘leaders’ were lying to them. The knew the rot and corruption ran deep.

Does any of this sound familiar?

His latest blockbuster trade was to load up on the stock of chip producer Nvidia, right before Congress decided to vote on new legislation that will shower Nvidia with free government money.

Pelosi, of course, insists that she does not give any stock advice to her husband.

No one believes her. Everyone knows she is a lying crook. And yet she has clung to the highest positions of power for years and years.

Similarly, people notice these global elites who fly on their private jets to climate conferences so they can talk about how to get the peasants to eat bugs and weeds in order to reduce CO2 emissions.

People also notice that the Justice Department is openly weighing whether to wait until after the mid-term election to charge the President’s son with corruption and tax crimes, if they charge him at all.

And yet the same Justice Department has been tasked with going after parents who are angry that their children are being indoctrinated with woke school curriculum.

People also noticed when their central bankers engaged in what is tantamount to insider trading… yet have been totally clueless and incompetent about inflation.

For the last two years, people noticed the blatant lies and hypocrisy with COVID-19 lockdown rules. Politicians and public health officials screamed at the public to wear a mask, then immediately took theirs off when they thought the cameras were no longer rolling.

They told people to stay home and cower in fear, but then held lucrative political fundraisers for themselves (California governor Gavin Newsom)… or just went to the hairdresser (Pelosi) because “I take my personal hygiene very seriously” (Chicago Mayor Lori Lightfoot).

Over the weekend, a committee from the World Health Organization met to determine whether or not this monkeypox outbreak constitutes a “public health emergency of international concern” or ‘PHEIC’.

After deliberating for several hours, the committee did NOT decide that monkeypox is a PHEIC.

Now, this is a committee of ‘experts’, i.e. people who have been specifically chosen by the World Health Organization to serve on this committee because of their renown and expertise in the fields of public health and infectious disease.

And the committee of experts did not deem monkeypox to be a public health emergency.

We’ve been told for more than two years to trust the science, trust the experts. So in theory, that should have been the end of the story.

But the Director General of the World Health Organization, Dr. Tedros Adhanom, released his own order, overriding the committee of experts.

“I have decided,” Dr. Tedros told the world on Saturday, “that the global monkeypox outbreak represents a public health emergency of international concern.”

So… forget everything they said about trusting the experts. Apparently we should only trust the experts until a higher ranking politician settles the science for all of us. He has decided.

It really is extraordinary that these people still think they have any credibility.

No one trusts Tedros or the World Health Organization. No one trusts Congress. Trust and confidence in nearly every major institution, including Big Tech companies, media, banks, schools, and even the healthcare system, has plummeted over the last few years.

But this is no reason for despair. The world has been in this situation before.

In the late 1400s and early 1500s, trust and confidence were also plummeting. Rodrigo Borgia– Pope Alexander VI– was widely despised. And he was merely a symptom of the distrust people felt about the Church.

But the tides were turning.

Only a few years later, Martin Luther penned his famous 95 Theses, launching what would become a new era for the world.

Historians call this period of history the Reformation; and during that time, the Church’s grip on power and authority quickly waned, paving the way for the Renaissance and

Enlightenment in which new innovations vastly improved quality of life.

It’s important to note that the Reformation would not have been possible had it not been for the relatively new technology that had emerged in Europe– the printing press.

For the first time ever, new ideas could circulate across the continent and be widely disseminated in a matter of weeks. The printing press even made it possible to read the works of authors who had been banned (and the authorities were not shy about canceling anyone they deemed a threat.)

Today we have similar level of distrust as people had in the 1500s. We also have similar emerging technology. And I’m not just talking about the Internet, which is like the modern day printing press.

We also have relatively new technology like blockchain, which has been engineered specifically to maximize trust and decentralization. And it’s just getting started.

Life must have seemed pretty bleak in the early 1500s. Trust was at a low, and people were frustrated.

I believe we’re in a similar position right now. But that also means we’re on the cusp of a new Renaissance… and that the old power structure is on the way out.

People like Tedros, Pelosi, clueless central bankers, and their whole lot are trying as hard as they can to make themselves and their offices irrelevant. And they’re succeeding. 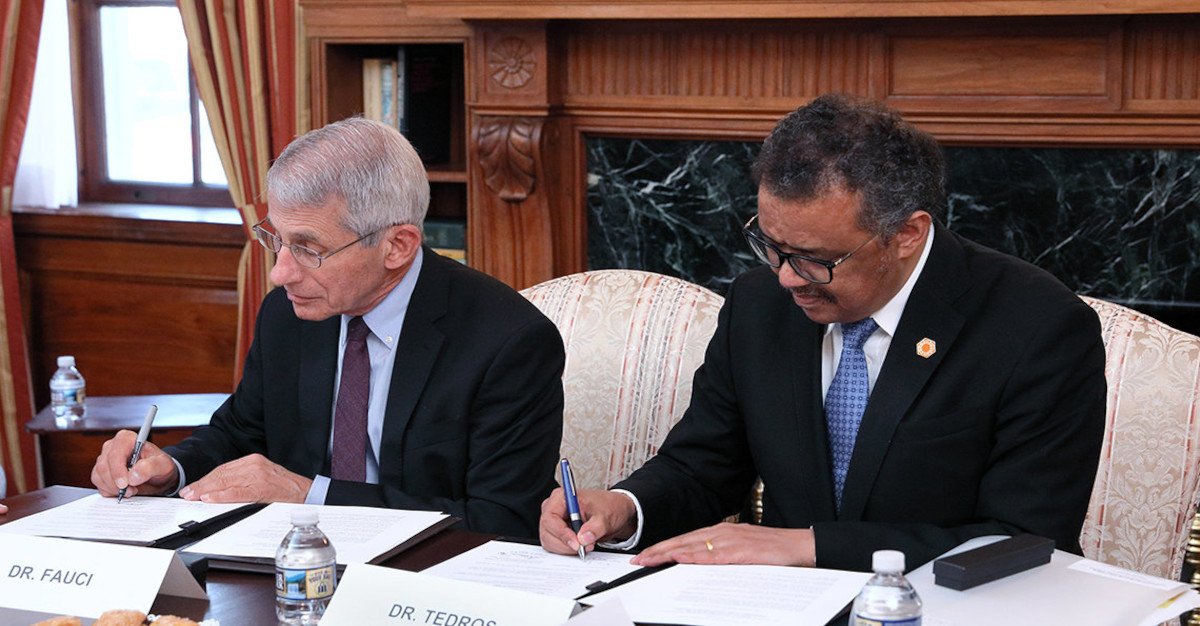