If you don’t conform to the crowd now, you’re a ‘radical’ 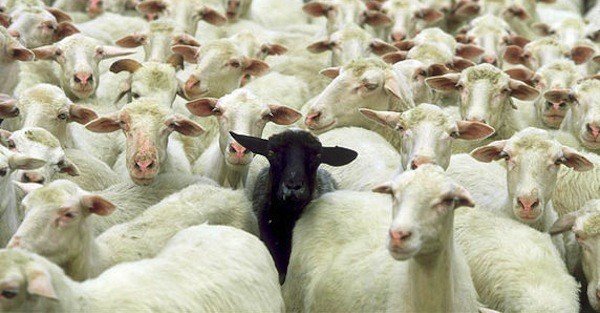 In 2014, the Journal of Neuroscience published the results of a unique study that probed deep into human emotion.

Two Dutch scientists had conducted an experiment in which they exposed test subjects to a wide range of scenarios to evoke some of the most primal human emotions– joy, anger, etc.

Subjects were hooked up to an electro-encephalogram (EEG) in order to quantitatively measure their brains’ cognitive response to powerful emotions.

And the results were pretty conclusive: the most powerful emotional experience, as measured by the sheer volume of human brain activity and neurological reaction, was humiliation.

This really explains a lot when you think about it.

Deep down we human beings are social creatures. We seek acceptance from the group.

It’s why conformity is so much easier than standing apart from the crowd, even when the crowd makes absolutely no sense.

And those who don’t conform and think independently are labeled radicals.

Our financial system is a great example of this.

They’ve spiked the punch bowl with so many lies. Home prices always go up. The debt doesn’t matter because we owe it to ourselves. We can always print more money.

None of this nonsense is true. But the financial establishment tells us so. Big media repeats it over and over again. Eventually hundreds of millions of people believe it.

And anyone who dares question the sanctity of this system is labeled a radical.

(This goes for just about everything now. Eerily, governments are now branding people who disagree with the state as radicals.)

This is total BS.

You’re not a radical because the federal government’s own balance sheet shows that they are hopelessly insolvent to the tune of negative $17.7 trillion.

You’re not a radical because the US Federal Reserve’s balance sheet shows that, on a mark to market basis, they too are insolvent.

You’re not a radical because the balance sheet of the FDIC shows that they don’t maintain the minimum amount of capital as required by law to adequately insure the banking system.

You’re not a radical because the financial statements of some of the largest banks in the country show that they only keep a tiny percentage of your savings on reserve, and park the rest of your money in some foolish investment fad, or loan it to a bankrupt government.

You’re not a radical because the annual reports of the largest trust funds in the US retirement system show that they are either pitifully underfunded, or entirely out of cash.

You’re not a radical because you think that, maybe just maybe, there might be negative consequences at some point down the road from all of this insanity…

… that, maybe just maybe, when nearly every major component of the financial system is either highly illiquid or completely insolvent, that there could possibly be trouble down the road.

Most of all, you’re not a radical because you have a Plan B.

It hardly seems outlandish to look at objective, publicly available data and think “wow, this entire banking system is built on a house of cards…” and then to actually do something about it.

There are so many options.

You might look abroad to hold a portion of your savings where the banks are extremely liquid and well capitalized, located in a jurisdiction with minimal debt.

These aren’t radical ideas. It’s sensible to take astute, rational steps to protect yourself from the consequences of such obvious risks.