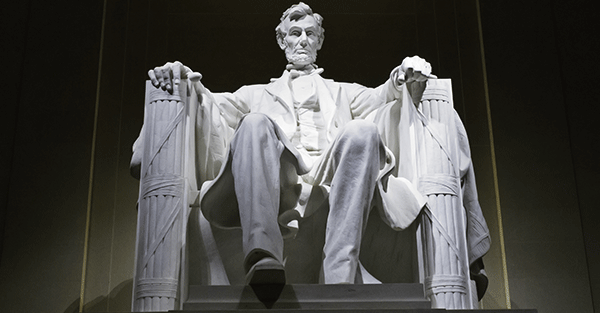 I came across an interesting story from India recently.

In a landmark animal rights case, the High Court there ruled that birds can no longer be kept in cages.

The judges asserted that birds have a fundamental right to live with dignity and be free.

Incredible. If only we humans had the same fundamental right.

Many of us come from a country that claims to be free.

We grow up singing songs about our freedom, and we are told by our governments that evil men in caves hate us because we are so free.

This is powerful propaganda that starts practically from birth and stays with us for our entire lives.

Even Hollywood does its part with heroic action movies portraying the homeland as strong and free, with evil villains who invariably have foreign accents.

But it’s all a ruse.

Most of us don’t even have the most basic freedom to choose what we can / cannot put in our own bodies, or decide how to educate our children.

The volume of rules, regulations, and laws is so vast now that you can hardly breathe without committing a crime.

And when they’re not busy confiscating private property through ‘civil asset forfeiture’ or shooting defenseless citizens, police now drive around shutting down children’s lemonade stands for failing to have the appropriate permit.

Just this morning the US government’s publication of all the new rules, laws, and regulations totaled 313 pages.

And that’s just for today. Tomorrow there will be more.

Each of these new rules covers the most ridiculous topics– like regulating the way that dishwashers can be sold.

I’m sure we can’t even begin to imagine how horrifying life would be with a rogue dishwasher salesman on the loose.

And many of them come with severe penalties for non-compliance. You can’t even apply for a passport in the Land of the Free anymore without being threatened with fines and imprisonment.

That’s not freedom. Not even close.

Nowhere is this more clear than with the USA PATRIOT Act, the freedom-destroying law from 2001 that authorized all sorts of unconstitutional government powers.

Some of the worst provisions from the USA PATRIOT Act are set to expire this weekend.

But the Obama administration doesn’t want that. And they’ve channeled their inner-Cheney to roll out the same fear-mongering tactics that got this law passed 14 years ago.

Without sweeping powers to spy on Americans, the administration claims that the country would be left utterly defenseless against terrorists.

They have suggested that any dissent to the provisions is “playing national security Russian roulette”, and that the opposition will be blamed *when* there’s another terrorist attack in America.

What’s incredible is how many people believe them… how many people are so afraid of the boogeyman that they support extending the most destructive legislation of their time.

This was a huge litmus test for liberty in America. And I’m dismayed at how little people seem to care about privacy and freedom anymore.

Across the Atlantic, things aren’t looking much better.

“For too long, we have been a passively tolerant society, saying to our citizens: as long as you obey the law, we will leave you alone.”

Apparently leaving law-abiding citizens alone is being ‘too tolerant’.

Cameron then unveiled a number of new measures to combat “extremism”, including putting people on a government watch list to have their Tweets approved by the police before being posted.

It took 31 years, but it appears that the origins of 1984 are finally upon us. It’s happening all across the West at an alarming pace, and people are willing to allow it.

That’s the funny thing about freedom.

True freedom means that you are free to be an idiot. That people are free to make the greatest mistake of all and trade their liberty for security.

And that’s their choice. But they’re not free to trade mine.

What I do with my liberty is my choice. Not anyone else’s. And I have no desire to trade it away for excessive government power masquerading as fake security.

Each of us has that choice.

Unfortunately most people in the West are caged birds. It might be a nice cage with plenty of Starbucks and Bed, Bath, and Beyond megastores.

But it’s a cage… filled with clueless birds chirping away about how free they are.

The truth is that there’s still freedom to be found in the world. No one is going to give it to you. You have to break your own chains, seek it out, and plan for it.

But it’s there. It’s still possible to deliberately live free.

So if you’re one of the few people who still cares about personal liberty and living with dignity, never forget that the cage door is wide open for anyone paying attention.

And that you can fly.