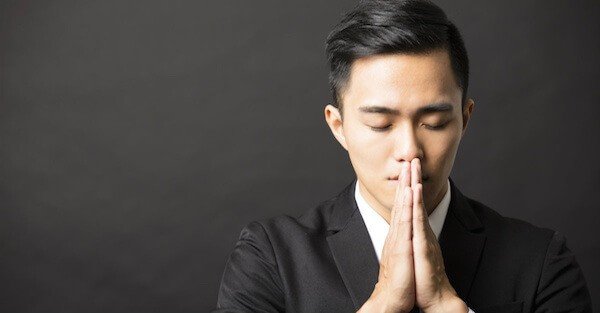 About twelve years ago, at the height of the real estate boom in the United States, banks began issuing what became known as NINJA loans.

You’ve probably heard the term before– NINJA stood for No Income, Job, or Assets.

These were the famed ‘no money down’ loans at low, teaser interest rates given to borrowers with pitiful credit and little hope of being able to make the payments.

One of the best examples of this absurdity was the case of Johnny Moon, a bankrupt, homeless man in Florida with no job history who was able to borrow hundreds of thousands of dollars to buy real estate.

Unsurprisingly, the market eventually crashed, dragging down the entire financial system with it.

Looking back it’s so obvious. I mean… duh… who would possibly think it was a good idea to give no money down loans to homeless, jobless, assetless borrowers?

Or the infamous ‘stated income’ loans, where the lender doesn’t bother to verify anything the borrower says (so the borrower can just make up their income and asset levels).

But back then, even some of the most conservative banks were doing it.

And hard core, seasoned financial professionals packaged all these toxic loans together into enormous, AAA-rated financial securities that were incredibly popular among institutional investors.

It’s not like these were stupid people. Bankers, brokers, investors, real estate professionals… many of them were incredibly astute.

But everyone was making so much money that they didn’t want to see the obvious truth. And the entire financial system paid the price for it.

Candidly, there are a number of similar signs today.

Snapchat is a great example.

It has lost a total of $4.3 billion of its shareholders’ money since the company was founded in 2011– and more than $3 billion (nearly 70%) of that total loss is from this year alone.

In other words, the rate at which Snapchat is losing money… is INCREASING. Quickly.

Meanwhile the company continues to shower its employees with generous stock options despite its prodigious losses, ultimately forcing investors to suffer the consequences.

Snapchat’s shares took a big tumble yesterday after releasing its underwhelming quarterly report, and the share price is down more than 50% since it’s IPO.

Gee, what a surprise– a massively loss-making company that treats its investors like doormats has turned out to be a bad investment! How could anyone have possibly anticipated this?!?!

Another high-flying company that fits this mold is WeWork. If you’re not familiar, WeWork basically subleases short-term office space to other businesses at terms as short as one month.

So if you’re a new startup needing some short-term, non-committal office space…

… or flexible access to a conference room to meet clients…

… or even just a professional address to receive mail.

It’s important to note that WeWork doesn’t actually own any real estate.

It signs long-term leases, and then sub-leases the space through short-term contracts, which creates a LOT of risk for the company (and its investors).

You might be thinking– that sounds familiar, aren’t there a number of companies already doing that? It seems a lot like Regus’s business model (another company that provides flexible-lease office space).

Yes. It’s like… exactly… what Regus’s business model is.

The big difference is that WeWork is one of the most expensive private companies in the world, with a valuation of $20 billion.

By comparison, the parent company of Regus (IWG) is worth $2 billion (90% LESS than WeWork) despite having 3x as much revenue and 5x as much office space.

It also goes without saying that WeWork has negative cashflow… while Regus is profitable. But that’s apparently an irrelevant detail given that WeWork is worth TEN TIMES as much as Regus.

How can WeWork possibly justify such an enormous valuation?

The CEO/co-founder’s rationale is simple: “Our valuation and size today are much more based on our energy and spirituality than it is on a multiple of revenue.”

Yes I’m serious: that is a direct quote.

We are living in a world where serious financial professionals are investing in loser companies based on “energy and spirituality,” not profit, plan, or cashflow.

(As an aside, WeWork’s CEO is so energetic and spiritual that he’s personally sold $100 million worth of his own shares to buy a number of luxury homes.)

It’s not exactly the same as giving FIVE no-money down loans to a homeless guy. But it’s pretty close.

And this is precisely the sort of nonsense you always see at the top of a market.

Granted, it could keep going like this for YEARS. And it could become even more ridiculous.

No one knows precisely what will happen next, or when. And I acknowledge that I’m always early.

But I do believe that for anyone willing to do a little bit of homework and look beyond what’s sexy and sensational, there are plenty of better options out there.

As an example, we have a number of subscribers earning 5%+ on loan investments they’ve made which are fully backed at a 2:1 margin by gold and silver.

They’re not sexy or sensational. There’s no hyped-up CEO promising to change the world, or major headlines on CNBC.

But I’ll take safe and boring over a risky loser any day of the week.