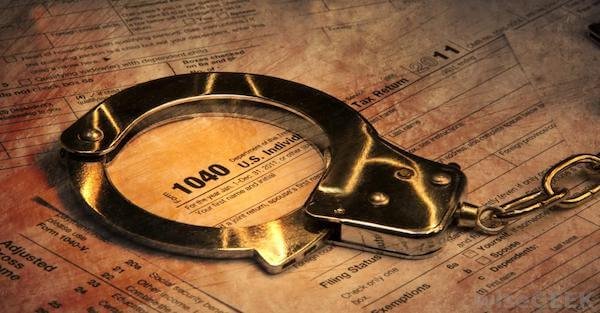 On June 8, 2006, more than a decade ago, armed agents from the Internal Revenue Service arrived at the home of Michael and Shelly Ioane of Atwater, California.

Michael Ioane was suspected of tax fraud, and the IRS agents were there to conduct a search of the premises and look for evidence.

About thirty minutes into the search, Shelly Ioane (the wife, who was not suspected of any crime whatsoever) told the agents who were ransacking her bedroom that she needed to use the bathroom.

According to court documents, one of the IRS agents escorted Shelly to the bathroom… then came inside with her.

Shelly protested and asked the agent to wait outside. The agent refused, stating that she needed to make sure Shelly was not hiding any evidence.

Bear in mind, Shelly wasn’t suspected of a crime. But an agent from the Internal Revenue Service stood there and watched this innocent woman urinate and defecate in her own toilet in her own home… without so much as turning her head slightly or even pretending to avert her eyes.

This is truly disgusting on so many different levels.

In most civilized countries, tax problems aren’t even a criminal matter. They’re civil… sorted out administratively, rather than at gunpoint.

And armed government thugs certainly aren’t able to abuse power to this extreme– indulging in their weird fetishes to watch innocent women defecate in their own homes.

But what’s probably the craziest part about this entire story is that when Shelly Ioane sued (for obvious reasons), the federal government mounted an aggressive and spirited defense of its actions.

It’s appalling. They literally tried to justify this ritualistic degradation of an innocent human being’s most basic dignity by calling it ‘standard procedure’.

Really? It’s standard procedure for agents of the Internal Revenue Service to watch people crap in their own toilets? Do you get extra benefits for that?

(Another interesting fact here is that when Michael Ioane requested to use the restroom– i.e. the guy who was actually suspected of a tax crime– no IRS agent accompanied him.)

Bear in mind we’re talking about the Internal Revenue Service. This isn’t Jack Bauer saving the world from nuclear-armed terrorists.

No. This level of abuse and brutality is justified because of a dispute over taxes.

That’s how desperate the government wants its money.

Now, as you can imagine, the wheels of justice grind very, very slowly. Especially when it’s the government (or an agent of the government) being sued.

Shelly Ioane was violated back in 2006. But the case was only recently settled LAST WEEK!

Seriously! How pathetic. It took more than a DECADE to get this far… because the government kept fighting.

When the Ioanes filed suit, the government fought tooth and nail to keep it out of court, and to throw out most of the charges.

Then the government claimed that IRS agents couldn’t be sued due to ‘qualified immunity’, which protects federal employees from lawsuits that may arise from the performance of their duties.

In 2016 it finally went to court. And a US federal judge ruled that the IRS agents could not be protected by qualified immunity since they were clearly violating basic standards of decency.

But the government refused to accept that outcome and appealed the decision.

That’s a major blow to the IRS. But this issue is STILL not resolved.

The only thing that’s been settled is that the agents aren’t entitled to qualified immunity. So now Shelly has to sue AGAIN on the original charge of being violated twelve years ago.

Sadly it will probably take a few more years for this case to ultimately be resolved, if ever.

And it shows the lengths to which the government will protect its own, regardless of how egregious and vile the behavior of its agents.