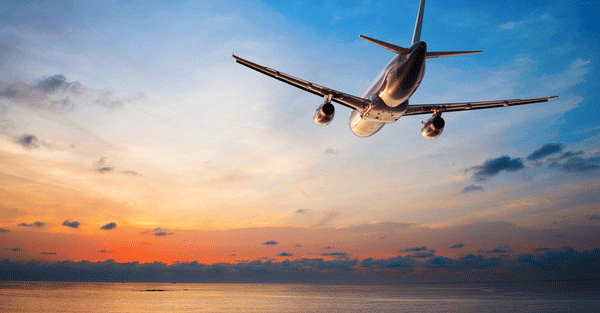 Yesterday I had one of those nightmare travel experiences that just makes you want to scream.

Lan Airlines has a nonstop flight from Santiago to New York City, and I booked it months ago.

The only two events for the entire year that I actually put on the calendar are my entrepreneurship camp in Lithuania, and the annual meeting for the Atlas 400 group that takes place in New York.

So this trip has been on my calendar for a while.

And yesterday I did what I have done hundreds of times before– I went to the airport well in advance of the cut-off time to check-in for my flight and head out of the country.

I’m not one of these people who shows up 3 hours before a flight. I have better things to do with my time, and as I typically fly business class, the check-in procedures are pretty swift.

Normally I’ll even check-in online so that I can go straight to the gate, but Lan’s website wasn’t working for me yesterday, so I had to stop by the desk.

When I arrived, the check-in agent told me that the flight was already “closed”.

“No problem,” I told them, having been in this situation many times before. “Just re-open the flight and check me in.”

“We can’t, sir,” they replied, “We’ve already given your seat away to someone else.”

The conversation rapidly deteriorated from there. The check-in agents told me there was NO WAY they could get my seat back, and that I would be unable to fly.

I immediately figured out what happened: Lan had oversold the flight.

Airlines do this all the time. If they have capacity on a plane for, say, 350 people, they’ll often sell 360 seats (or more) hoping that a number of passengers won’t show up.

If too many people show up and they don’t have enough seats, they’ll reinvent their own rules and start closing the flights early as an excuse to bump the excess passengers.

In this case, I ended up being one of the unlucky people who got bumped.

I’ve been on hundreds of flights in my life and have traveled extensively for more than a decade to 120+ countries, so I recognize that these things happen from time to time.

The real insult, though, was the complete disregard of most of the staff. I remember asking the head check-in supervisor, “OK, so what are my options to get to New York…?”

To which she looked at me and callously replied, “You have no options,” and went right back to updating her Facebook status.

I ended up sorting myself out with the help of a sympathetic Lan employee named Miguel, so I should be arriving to New York in time for at least part of the Atlas 400 annual meeting.

I will unfortunately miss tonight’s welcome dinner and the chance to catch up with old friends in the group.

I also had a meeting scheduled this afternoon with some high level government ministers to discuss their country’s economic citizenship program, so we’ll have to go through the hassle of rescheduling.

And, oh yeah, there’s the financial cost too. New York is an expensive place to stay, and since my room was pre-paid and non-refundable, this little mishap set me back $2,000.

But as I was reflecting on the experience later, it made me realize that this is the perfect metaphor for government entitlement programs like Social Security.

I bought this ticket months ago. In other words, I paid into the system in advance in exchange for their promise that my seat would be there when it came time for me to collect.

And all along the way, they continued making promises to me, sending emails about the in-flight meals and seat selection…

… just in the same way that politicians keep making promises about Social Security.

But it turns out that the airline didn’t actually have enough resources. They had too few seats, and had made too many promises to too many people.

All the resources (seats) they DID have had already been doled out to the people who were at the front of the line.

But when people like me showed up a bit later to collect the seat that had been promised to them (i.e. anyone under the age of 50 who expects to collect Social Security), suddenly they had no more resources available.

They arbitrarily changed their own rules to deny me what I had paid for in advance… and then looked me straight in the eye and said, “You have no options.”

That, in a nutshell, is the future of Social Security, and effectively all underfunded government pensions.

As we’ve written about before, most Western government have very little chance of being able to keep the promises they’ve made to their citizens, especially when it comes to retirement.

There are solutions, though.

We’ve talked about a number of different options in the past for alternative investments and better retirement structures, and this will continue to be a theme in this letter.

Having a Plan B for your retirement just makes sense; you won’t be worse off having an additional pool of savings or income stream.

But building a great Plan B takes time. And the earlier you get started, the better off you’ll be.

Here are some resources to help you get started: