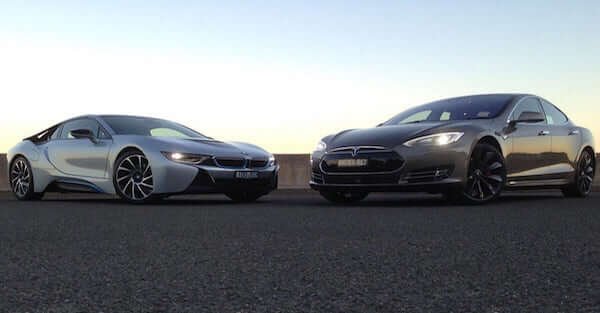 As if things weren’t bad enough for beleaguered Tesla…

The company lost $1.1 billion in cash in the last quarter, executives are leaving the company in droves, it’s facing production issues with its Model 3 and, as I recently discussed, Elon Musk insulted analysts on the latest earnings call by dismissing their questions – regarding the company’s survival – as “boring” and “boneheaded,” (just after shareholders approved his obscenely large pay package).

Now, in addition to all that, the company has to compete with BMW leasing its $50,000 i3 electric vehicle for only $54 a month. That’s not a typo. Bloomberg recently confirmed you could lease an i3 for less than your monthly cable bill.

Lest you think BMW is making money on that lease, I assure you it’s not. The entire EV sector is losing money.

It’s a race to the bottom… Everyone in the space (including Tesla) is competing against each other, resulting in laughably low monthly leases.

The electric vehicle space is difficult. Vehicle prices are high and there isn’t enough demand for manufacturers to make money (even with generous government subsidies).

EV sales made up just 0.6% of total sales last year. And 80% of battery-electric car customers in the US lease instead of buying (not including Tesla, which doesn’t divulge that info)… partly because the resale value is horrid – an i3 is worth only 27% of its original price after three years.

But the old guard auto manufacturers, like GM and BMW, can sell other, profitable vehicles to plug the gap.

And Tesla, the highest-selling EV company, is the granddaddy loss maker of them all. Which is why the company lost a staggering $2 billion on $8.5 billion in sales last year.

Still, Musk maintains his cult leader status amongst shareholders, who believe he will walk across water and change the world.

But the reality is quite grim…

Tesla had $2.7 billion in cash at the end of the first quarter (down from $3.4 billion at year-end 2017). And the street doesn’t think Tesla has enough cash to last another six months.

While the company’s recently-falling stock price is troubling, the bond market is forecasting real pain for Tesla…

Last August, Tesla issued $1.8 billion of unsecured bonds with a 5.3% coupon due in 2025. Credit rating agency Moody’s downgraded those bonds to B3 (deep junk territory) in March with a negative outlook (they traded at 90 cents then). Today those bonds trade at 88 cents on the dollar for a yield of around 7.5%.

So if Tesla needed to tap the debt markets again today, it would likely be paying around 8% interest on unsecured debt.

And there are likely suckers out there who will make that loan, despite the horrible economics of the EV business…

It doesn’t make sense to have electric vehicles until you have really cheap electricity. If you can get solar down to 1 cent per kilowatt hour, then you have something.

But, for now, you have to charge electric vehicles with energy produced from coal-fired power plants.

I believe Tesla is doing some really cool things. But, under normal economic circumstances, its business simply would not be viable.

The only way this company is able to exist and shower praise and money on an executive that is consistently non-transparent (and is also taking an enormous chunk of the company) is because there is too much cash in the world.

Companies that consistently post losses are able to fool people into loaning them massive quantities of money.

And big investors, like pension funds and mutual funds, are looking for scale. They’ve got trillions of dollars to invest. So, the bigger the investment opportunity, the more attractive it is.

And in a crazy paradox of our time, a company that issues loads of debt is actually a more attractive company than a financially sound one… because these big investors need to put money to work by any means necessary.

Capitalism is upside down today. Central banks have printed money for 10 years.

Now they’re reversing course. And that will have serious consequences.

Companies will get wiped out. It will probably be worse than the “dotcom” bubble. At least with the dotcom bubble, there wasn’t much debt – these companies raised equity.

Today, valuations are higher than the dotcom bubble and there’s loads of debt on top of it.

Warren Buffett famously avoided tech stocks back then. And people said he was stupid as they continued to pump money into a high-flying sector.

It’s the same as today.

People are loaning money to companies that are hemorrhaging cash and facing massive business headwinds.

Tesla is borrowing money and has to compete with BMW that is leasing its cars for $54/month.

As the Federal Reserve, European Central Bank and Bank of Japan all reverse their easy-money policies, they’ll suck liquidity out of the system. That will push interest rates up, which will force people to be more selective with their investments.

And a lot of crappy companies will get wiped out. I’m not just talking about Tesla. Even “blue chips” like GE and other companies that are heavily indebted and aren’t generating solid free cash flow are in trouble.

At a certain point, individuals need to be rational in how they invest their savings.

And if you’re investing in these fantasy, irrational investments, that has consequences.